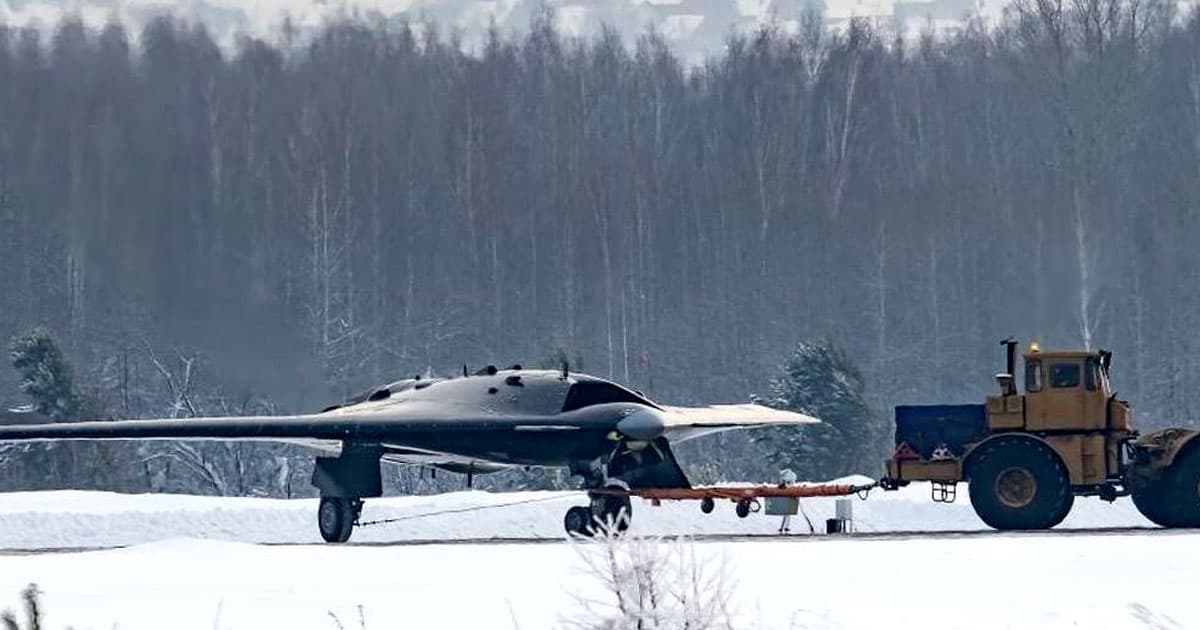 The video shows the aircraft taking off, climbing into the sky, turning a few times before landing again — a fairly standard profile for an aircraft's first flight, according to The Aviationist.

The stealthy drone could offer the Russian military a way to penetrate air spaces without being detected — but there's still a lot we don't know about it.

The Ministry of Defense made the announcement of the drone's first flight last week, as The Drive reports, claiming that the S-70 flew for 20 minutes at roughly 2,000 feet around a Russian air base.

Futurism first reported on the mysterious aircraft in January when images surfaced on Russian social media of the heavy strike drone sitting on the tarmac at an undisclosed location.

Details of the combat drone's specifications are still unknown. But as The Drive points out, it broadly resembles Northrop Grunman's jet-powered X-47B unmanned aircraft, which is capable of semi-autonomous operation.