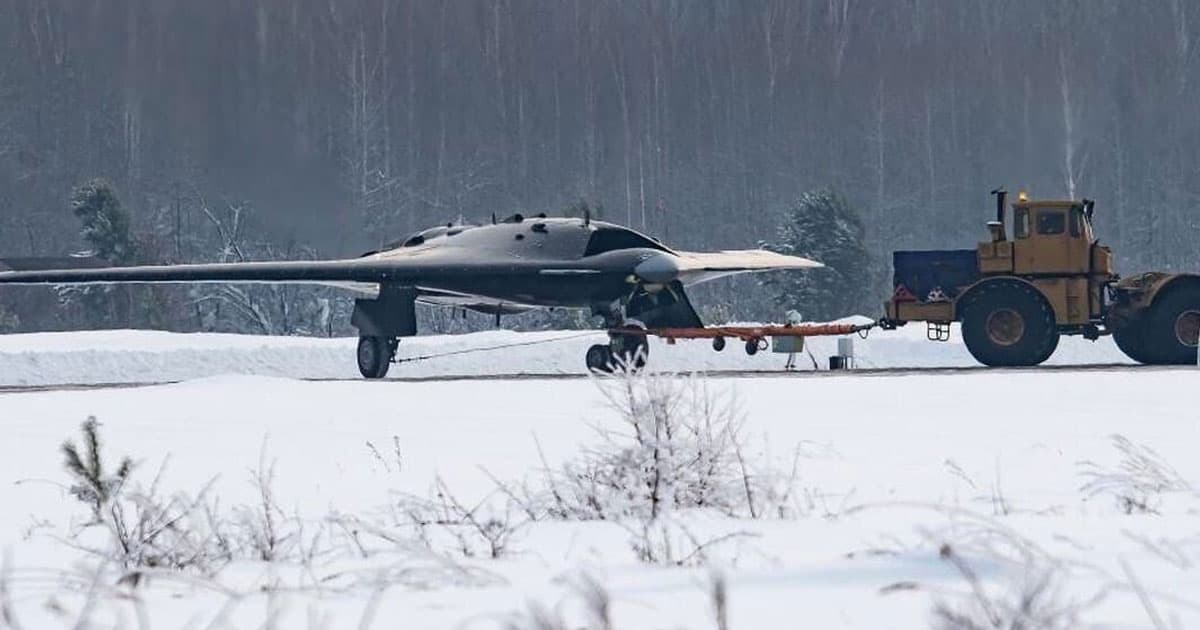 A first test flight is expected to happen later this year.

A first test flight is expected to happen later this year.

Officials have yet to confirm the legitimacy of the images that first surfaced on Russian social media site VK.

The Drive suggests the images may have been leaked by Russia's Ministry of Defense, since it has been teasing test flights of the drone since last summer.

The Okhotnik has been in development since 2011 when Russia's aircraft design house Sukhoi signed the contract with the Russian government.

The sleek aircraft is clearly built for stealth, but its engine nozzle is exposed as seen in the pictures, Popular Mechanics points out — stealth aircraft are usually outfitted with special exhausts that can reflect radar signals.

The unmanned drone will be fully autonomous, meaning that it will carry out missions all by itself without any human interaction. Except for, of course, approval for the use of its on board weapons.

Russia is far from the only nation developing such an aircraft. China and India have their own stealth drone projects in the works. Spain and France have also developed unmanned combat air vehicles.

The development of capable heavy strike drones is progressing quickly around the world, and more nations are likely to show off their own unmanned military aircraft in the future.

More on UAVs: Shoot This Military Drone With a Laser, and It'll Stay in the Air

Drone Tanker News
The US Navy Just Used a Drone to Refuel a Fighter Jet in Midair
6. 7. 21
Read More
Typical Day In Russia
Watch Russia's New Shotgun-Wielding Drone in Action
4. 2. 19
Read More
War Machine
Russia Is Planning A "Ground Force" of Armed Military Robots
3. 21. 19
Read More
+Social+Newsletter
TopicsAbout UsContact Us
Copyright ©, Camden Media Inc All Rights Reserved. See our User Agreement, Privacy Policy and Data Use Policy. The material on this site may not be reproduced, distributed, transmitted, cached or otherwise used, except with prior written permission of Futurism. Fonts by Typekit and Monotype.