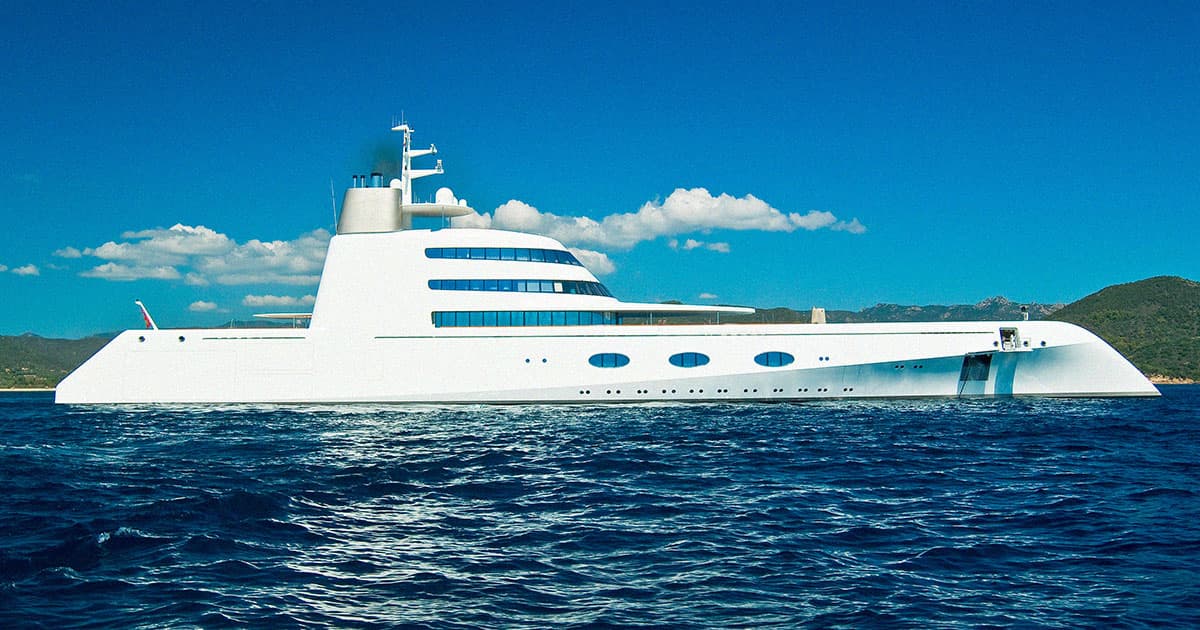 Russian Oligarchs' Superyachts Are Being Seized, and the Internet Is Loving It

People on Twitter are even turning it into a game of Bingo.

People on Twitter are even turning it into a game of Bingo.

Law enforcement agencies around the world are seizing superyachts owned by Russian oligarchs — and people on social media are watching with glee, The Washington Post reports.

Government sanctions are dialing up the pressure on obscenely rich Russian oligarchs. And while money can easily be hidden in offshore bank accounts, gigantic mega vessels are a lot harder to keep secret.

So now netizens are now watching in fascination as superyachts get seized by authorities worldwide, even turning it into a game of Bingo.

That's because trackers like VesselFinder or MarineTraffic allow practically anybody with an internet connection to monitor the whereabouts of private jets and luxury yachts.

Even 19-year-old Jack Sweeney, that kid who was keeping track of Elon Musk's every move, now has a Twitter account dedicated to snooping on Russian zillionaire yachts.

Amid Russia's bloody invasion of Ukraine, governments are aiming their sights at "the assets Russian elites and their family members hold in our respective jurisdictions — their yachts, luxury apartments, money, and other ill-gotten gains," according to a March 3 White House statement.

The thinking goes that if Russia's ultra rich — many of whom are members of president Vladimir Putin's inner circle — lose their precious toys, they might be more inclined to oppose the atrocities happening in Ukraine right now.

And yachts are indeed being picked off one by one. Just last week, French officials seized a massive $120 million superyacht owned by a Russian oil tsar.

They're powerful symbols of excessive wealth. For many, that's the reward for staying loyal to Putin's regime.

No wonder people are entranced by watching the oligarchs get a much-needed reality check.

READ MORE: Schadenfreude at sea: The Internet is watching with glee as Russian oligarchs’ yachts are seized