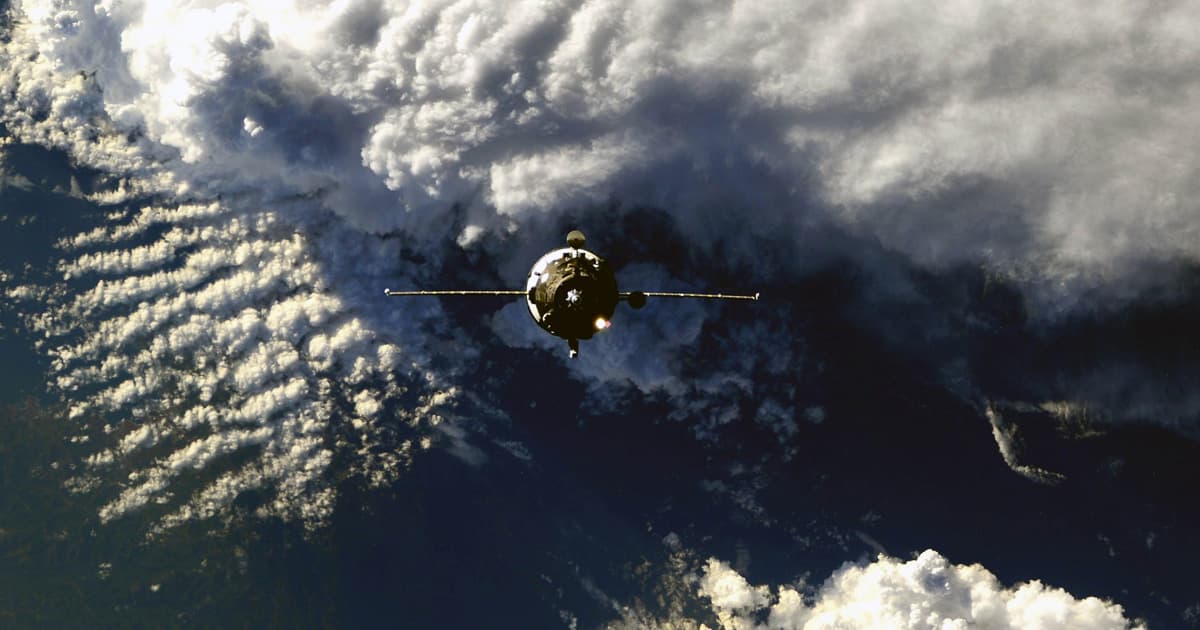 After spending seven months attached to the International Space Station, Russian cargo spacecraft Progress 76P MS-15 dropped back down to Earth on Tuesday to burn up in the atmosphere.

It's a spectacular event that was caught on camera by JAXA astronaut Soichi Noguchi, who traveled to the space station aboard a SpaceX Crew Dragon in November.

MS-15 launched to the ISS back in July in record time, taking just three hours and 18 minutes to make the trip. The robotic spacecraft brought supplies and scientific equipment to the station.

Some of the cargo ship's parts will actually make it back down to Earth after its fiery reentry. MS-15's "non-combustible fragments" will sink into a "non-navigable region of the South Pacific," according to a Roscosmos statement.

Russia's next cargo vehicle, called MS-16 and loaded up with 600 kilograms of fuel, 420 liters of drinking water, and 1,400 kilograms of scientific equipment and materials, is already being prepared for a February 15 launch, according to the Russian space agency.

MS-16 will also carry "a set of adhesive bond reinforced linings" to seal leaks that were spotted in the Russian Zvezda module of the space station last year.

READ MORE: A Russian 'space truck' just burst into flames on purpose and the photo is amazing

God Shot
Astronaut Says He Had Religious Experience During Spacewalk
9. 9. 22
Read More
Don't let the door hit you
Elon Musk Lobs Casual Space Station Burn at Moscow
7. 28. 22
Read More
Sad ROSS
Russia's New Space Station Gets Sadder the More We Hear About It
7. 27. 22
Read More
+Social+Newsletter
TopicsAbout UsContact Us
Copyright ©, Camden Media Inc All Rights Reserved. See our User Agreement, Privacy Policy and Data Use Policy. The material on this site may not be reproduced, distributed, transmitted, cached or otherwise used, except with prior written permission of Futurism. Articles may contain affiliate links which enable us to share in the revenue of any purchases made.
Fonts by Typekit and Monotype.