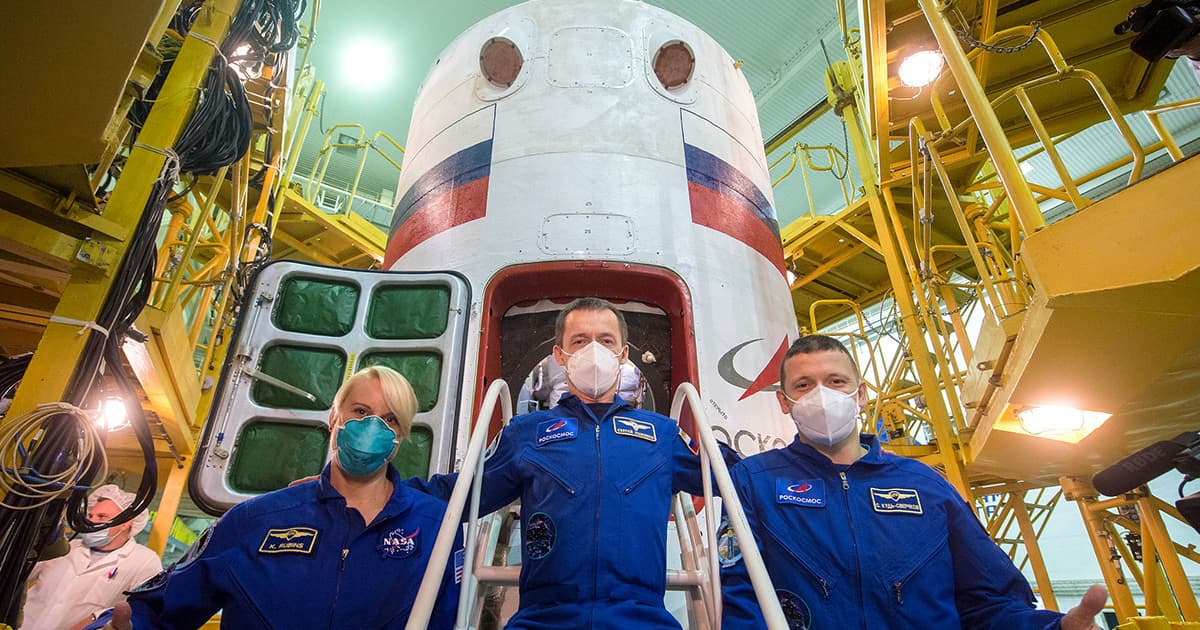 From Russia with love, for one last time.

From Russia with love, for one last time.

Two Russian cosmonauts and a NASA astronaut just launched on board a Soyuz rocket from the Baikonur Cosmodrome in Kazakhstan to the International Space Station.

While the launch may not have been a huge deal a year ago, it's now a bittersweet moment. The launch marks the last time that NASA will pay for an American astronaut to fly with the Russian space corporation, Roscosmos.

On the next Soyuz launch, an all-Russian crew will make their way to the space station, the first time since the start of the ISS crew program almost exactly 20 years ago, as NBC points out.

Courtesy of SpaceX, NASA astronauts have a brand new way to get into orbit: the company's Crew Dragon spacecraft. In fact, NASA is already planning to launch the first international crew inside the spacecraft "no sooner than early-to-mid November," according to NASA.

SpaceX already has successfully delivered two NASA astronauts to the space station earlier this year as part of its Demo-2 mission.

Roscosmos has no definite plans to fly on board the American-made spacecraft, as a spokesperson confirmed to NBC. A NASA spokesperson, however, told Forbes in June that Russia will likely end up launching with SpaceX eventually.

Russia is also planning to make its own way back to the Moon, but not as part of NASA's upcoming missions there. Dmitry Rogozin, the head of Russian space agency Roscosmos, confirmed that "we are not interested in participating" in NASA's Artemis Moon program in a July interview.

More on Soyuz: Russian Cosmonauts Are Fighting a Robot on Twitter