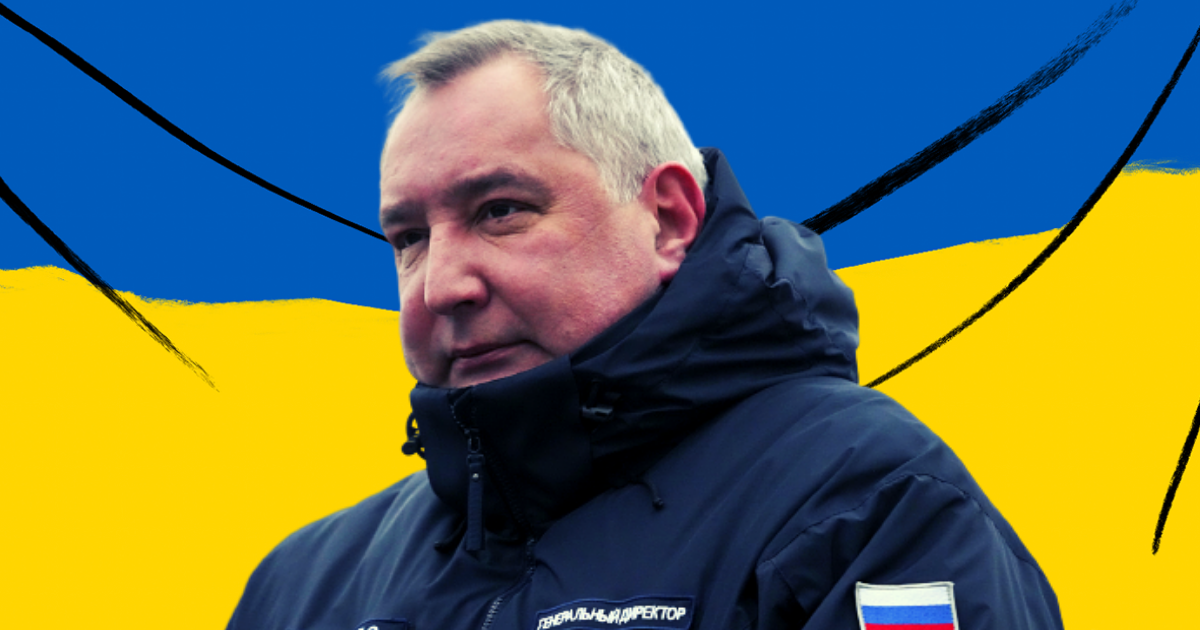 In what is a totally believable and definitely-not-a-cover-up statement, the head of Russia’s space organization said the country’s three cosmonauts were not wearing yellow space suits to show support for Ukraine.

As Russia continues its violent invasion and inflicts heavy civilian casualties, the astronauts boarded the International Space Station on Friday wearing suits made from blue and yellow, the same colors as the Ukrainian flag. Global news outlets wondered if they were trying to make a statement against the war, but Russia pushed back on Twitter.

Rogozin, in a threaded reply, went on to say the suits were inspired by the university all three cosmonauts graduated from.

“Under no circumstances will we force cosmonaut graduates of Bauman University not to wear the colors of the coat of arms of their alma mater,” Rogozin said on Twitter.

Experts like Center for Astrophysics astronomer Jonathan McDowell had previously hypothesized the men might be honoring the university, but others pushed back because of what one said during the filmed welcome ceremony. Eric Berger, senior space editor at Ars Technica, retweeted a translated statement from another space exploration fan who said Oleg Artemyev told fellow ISS crew members that there was simply too much yellow fabric in the warehouse that needed to be used — not a super convincing argument for the university hypothesis.

However, Artemyev has also previously been photographed in similar colors, like in the below photo taken from his 2015 blog post.

It’s hard to say just what the heck is going on with these space suits. Why would Artemyev not mention his alma mater when asked about the color of his suit?

Judging by the replies to experts and Russian officials alike on Twitter, it kind of doesn’t matter — people are going to believe the story they like the most and we aren’t likely to hear an explanation from the cosmonauts themselves. Even if they wanted to, their president’s violence against protestors means it wouldn’t be safe to make a more direct statement. Their space chief is known for childish arguments with world leaders and having a hot temper, and he’s also the only one of them providing statements to the global press at the moment.

Until we hear otherwise, Rogozin’s statement is the reality, at least for the three Russian men aboard the ISS.

More on the Ukrainian conflict: Elite Ukrainian Drone Pilots Are Reportedly Making All the Difference