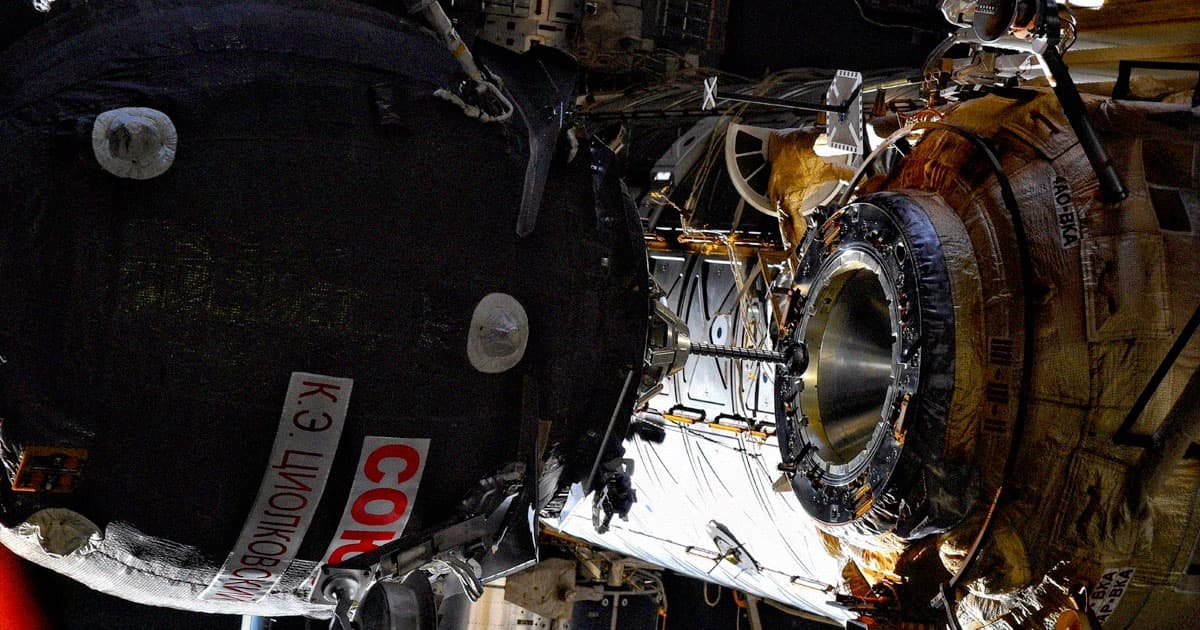 But officials are refusing to refer to it as an emergency solution.

"We're not calling this a rescue Soyuz," Joel Montalbano, NASA's space station program manager, told reporters today, as quoted by Space.com. "I'm calling it a replacement Soyuz. This is the next Soyuz that was scheduled to fly in March. It will just fly a little early."

Here's a quick refresher on the story so far. A Soyuz spacecraft dubbed MS-22 originally delivered two cosmonauts, Sergey Prokopyev and Dmitri Petelin, as well as NASA astronaut Frank Rubio, to the station in September.

But last month, the capsule started spraying coolant into outer space uncontrollably, making it unsafe for crews to return to Earth in it. Roscosmos later said the leak was likely the result of a micrometeoroid opening a one millimeter hole in the capsule's coolant line.

As a result, Roscosmos officials confirmed today, temperatures have risen significantly inside the capsule.

"The temperatures in those areas would not be healthy for the crew," Montalbano said.

Roscosmos officials have pondered a possible solution. Earlier this week, the agency denied reports that it had approved plans for SpaceX to rescue Rubio with a Dragon spacecraft later this year.

Instead, an ersatz Soyuz capsule dubbed MS-23 will fly to the aging station on February 20. The offending MS-22 capsule, currently docked to the station, will return to Earth without any crew on board.

MS-23 was originally scheduled to launch two cosmonauts as well as NASA astronaut Loral O'Hara to the station in March, followed by MS-22 returning Rubio, Prokopyev, and Petelin.

It's still unclear when the three will return to Earth on board Soyuz MS-23 — but at least they have a ride home.

More on the situation: Russia Slaps Down Plan for SpaceX to Rescue NASA Astronaut