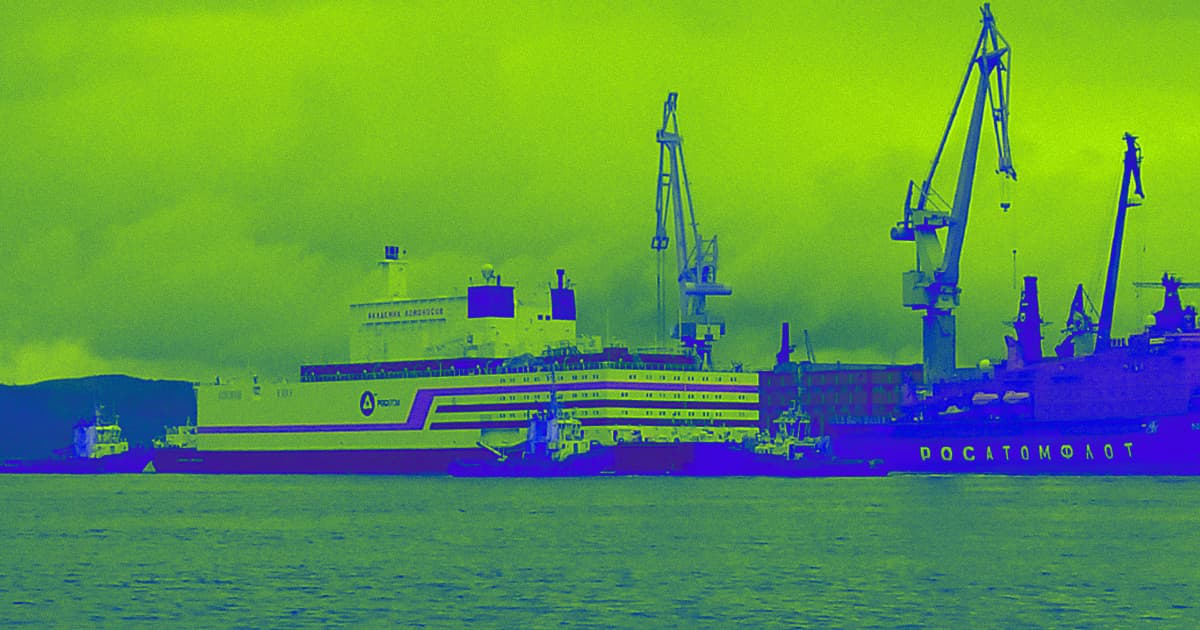 "Chernobyl on ice" is now operational.

"Chernobyl on ice" is now operational.

The power plant, Akademik Lomonosov, docked in the remote town of Pevek in September, Business Insider reports, where it's now generating electricity for the first time. Operating a nuclear plant atop a barge is a world-first, and Russia expects the twin reactors to power as many as 100,000 homes — a plan that's making environmentalists uneasy.

Critics of the plan have referred to Akademik Lomonosov as "Chernobyl on ice" or a "nuclear Titanic."

While the Russian barge seems to have completed its voyage without incident, it doesn't take a particularly active imagination to imagine how catastrophic any mishaps along the way could have been for the global environment.

For better or worse, the rest of the world is catching on and copying Russia's plan for portable nuclear reactors. Earlier this year, China announced plans to construct 20 similar power plants, all intended to float in the East China Sea and power artificial islands.

While the teams behind these power plants presumably considered and accommodated the possibility of large waves and bad weather, the rise of these free-floating nuclear reactors isn't the most reassuring development as we head into a new year.

READ MORE: A floating nuclear power plant that activists dubbed 'Chernobyl on ice' has started producing electricity in Russia. Here's what it looks like. [Business Insider]

More on the Akademik Lomonosov: Russia Is Floating a Nuclear Power Plant Across the Arctic

Fusion Force
China Announces Plan for Hybrid Fission-Fusion Power Facility
9. 17. 22
Read More
Dialed Up
Spain Forcing Public Places to Set AC at or Above 81 Degrees Fahrenheit
8. 4. 22
Read More
Good Neighbors
German Government Says It May Keep Nuclear Plant Open After All
7. 31. 22
Read More
+Social+Newsletter
TopicsAbout UsContact Us
Copyright ©, Camden Media Inc All Rights Reserved. See our User Agreement, Privacy Policy and Data Use Policy. The material on this site may not be reproduced, distributed, transmitted, cached or otherwise used, except with prior written permission of Futurism. Articles may contain affiliate links which enable us to share in the revenue of any purchases made.
Fonts by Typekit and Monotype.