They could be used to power artificial islands. 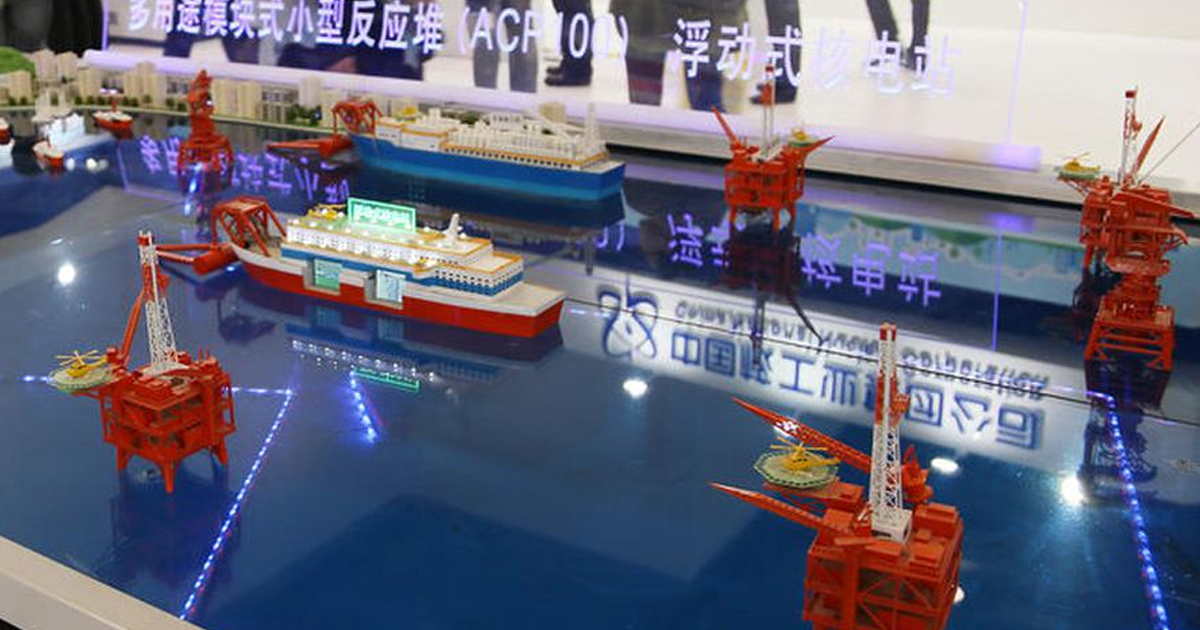 Later this year, China will begin to construct floating nuclear power plants that could be used to bring power to distant, artificial islands in the South China Sea.

Floating nuclear reactors sound perilous, but the China National Nuclear Corp plans to develop them as a cheaper alternative to transmitting power from mainland China, according to the Asia Times — and officials confirmed that a prototype reactor is already being tested near the coastline of China's Shandong province.

With construction starting this year, according to the Asia Times, China's first fully-functional floating nuclear reactor should be seaworthy by 2021.

And it's not the only country interested in similar tech. Russia's floating nuclear power plants are expected to head up to the Arctic Circle later this year.

If China wants to use floating reactors to power the entirety of its artificial islands in the South China Sea, it'll need to construct about 20 in total, according to Asia Times.

But even beyond that, if the nuclear barges do what they're supposed to, China may construct even more to provide power for its offshore fossil fuel extraction facilities.

Read This Next
Fusion Force
China Announces Plan for Hybrid Fission-Fusion Power Facility
Good Neighbors
German Government Says It May Keep Nuclear Plant Open After All
Back Online
Japan May Need Nine Nuclear Reactors Turned On to Get Through Winter
Dam Straight
China Says It's 3D Printing a 590-Foot Hydroelectric Dam With Zero Human Labor
Climate Change Chats
How to Talk to Your Family About Climate Change
More on Earth & Energy
Choked Out
Yesterday on the byte
Entire Island Strangled by Choking Vines
Hot Take
Monday on the byte
The World's Largest Volcano Is Erupting for the First Time in Nearly 40 Years
Sun Shield
Nov 23 on futurism
Scientists Increasingly Calling to Dim the Sun
READ MORE STORIES ABOUT / Earth & Energy
Keep up.
Subscribe to our daily newsletter to keep in touch with the subjects shaping our future.
+Social+Newsletter
TopicsAbout UsContact Us
Copyright ©, Camden Media Inc All Rights Reserved. See our User Agreement, Privacy Policy and Data Use Policy. The material on this site may not be reproduced, distributed, transmitted, cached or otherwise used, except with prior written permission of Futurism. Articles may contain affiliate links which enable us to share in the revenue of any purchases made.
Fonts by Typekit and Monotype.