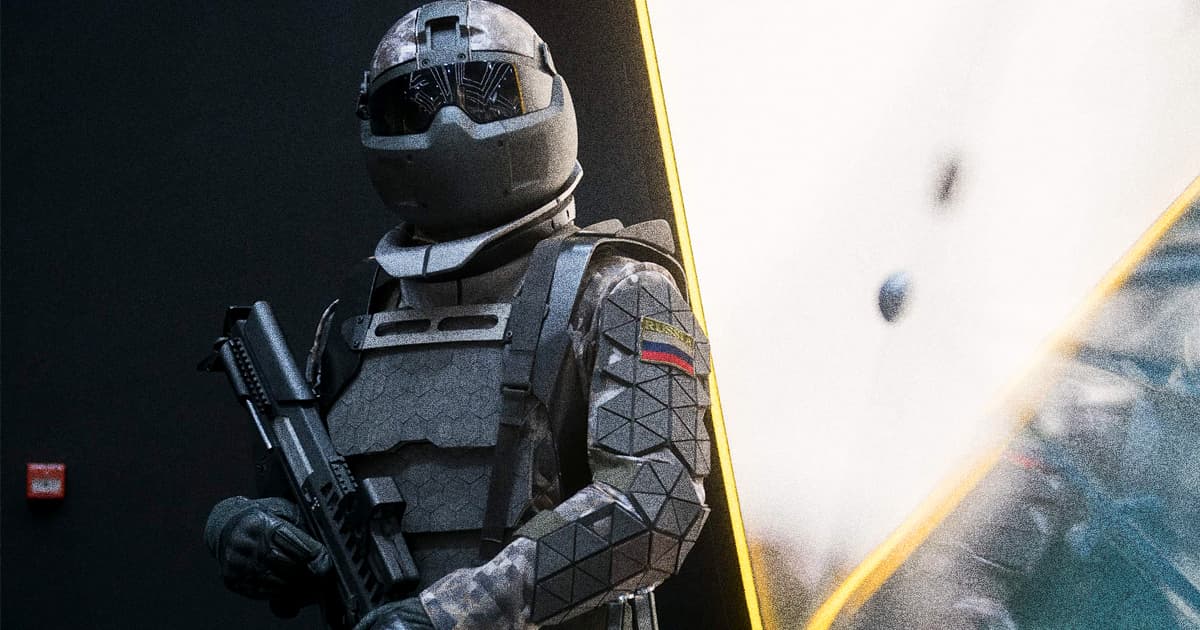 The Russian state-owned military developer Rostec says that its next generation of combat armor will be able to withstand a direct shot from a .50 caliber bullet.

The armor, which will be the fourth generation of Rostec's Sotnik, or Centurion, battle armor, is expected to become the most futuristic set of infantry gear out there, Task & Purpose reports, though it's not clear when it will be ready for action. Regardless, the Russian military's ever-improving battle suit systems are a sign that military technology is rapidly progressing toward the goal of giving soldiers seemingly-superhuman capabilities in combat.

For now, we know a lot more about the third-generation Rostec suit, which can survive 7.62mm rounds and comes equipped with night vision, a water filter, an internal communication system, and other high tech gear.

But Samuel Bendett, a Russian military expert at the Center for Naval Analyses told Task & Purpose that Russia is "totally serious" about living up to its bold promises for the fourth generation of Sotnik armor.

The U.S. Army has been working for years to develop robotic exoskeletons that enhance soldiers' physical capabilities, but Task & Purpose reports that they're not nearly as advanced — or thoroughly tested — as what Russia has been able to build.

More on military technology: France Says It's Working on Bionic Supersoldiers Because Everybody Else is Doing it

From Sci-Fi to Reality: The Future of Warfare
1. 17. 17
Read More
Future Warfare: Meet The Electromagnetic Railgun
5. 13. 16
Read More
His Power
Scientists Develop Compound That Kills So Efficiently They Named It After Keanu Reeves
Yesterday
Read More
+Social+Newsletter
TopicsAbout UsContact Us
Copyright ©, Camden Media Inc All Rights Reserved. See our User Agreement, Privacy Policy and Data Use Policy. The material on this site may not be reproduced, distributed, transmitted, cached or otherwise used, except with prior written permission of Futurism. Articles may contain affiliate links which enable us to share in the revenue of any purchases made.
Fonts by Typekit and Monotype.