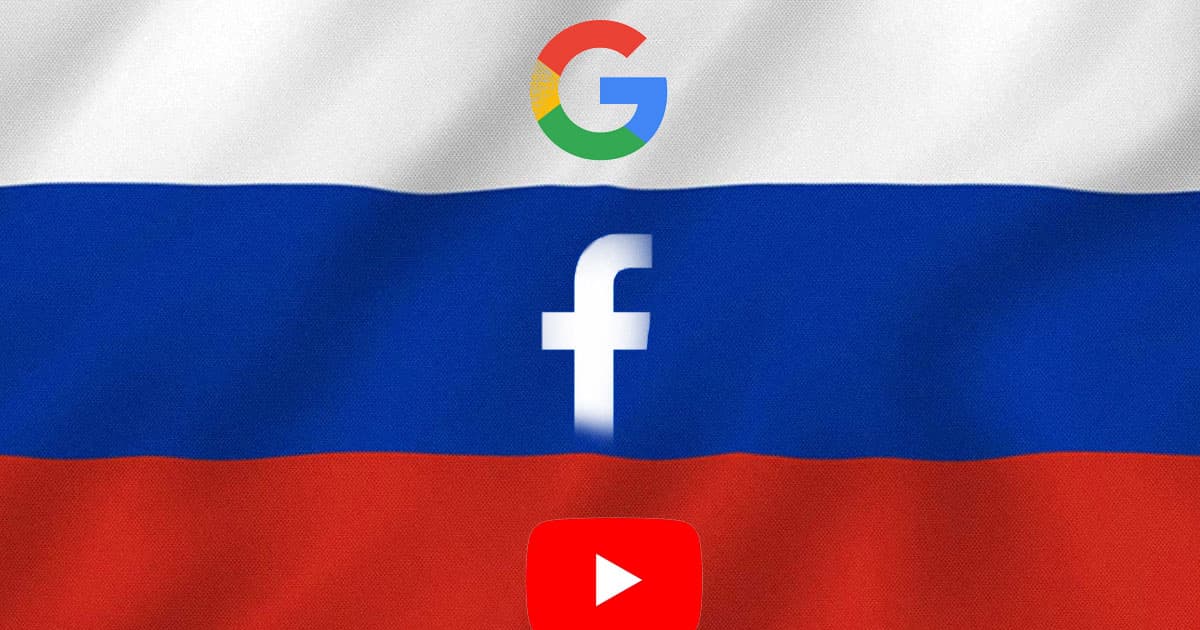 Russia Accuses Facebook of Meddling In Its Election. Seriously.

"Such actions can be seen as interference in Russia’s sovereign affairs and hindering the conduct of democratic elections in the Russian Federation," reads a statement on Roskomnadzor's website. "Such actions by foreign companies are unacceptable."

Needless to say, this is an ironic situation — since politicians in the U.S. have repeatedly placed blame on Russian actors for interfering with the 2016 presidential elections.

The news comes after 20 candidates — all endorsed by Navalny — nabbed seats in the 45-member Duma assembly in Moscow during Sunday's elections. Despite a big loss, United Russia, the party currently in power, is holding on to its majority.

Putin on the Ritz

The news also comes after the dismissal and exclusion of a dozen Moscow legislature candidates and Putin critics — many of them Navalny supporters — by the Kremlin triggered a massive protest in August.

More on election interference: The 2020 Election Is Not Safe From Hackers

Uh Oh
Research Confirms TikTok Is a Cesspool of Misinformation
10. 26. 22
Read More
Make Mark Happy
Facebook Employees Seem Completely Confused by the Metaverse
10. 11. 22
Read More
Read the Room
Elon Musk Fans Horrified as He Suggests Ukraine Give in to Putin's Demands
10. 3. 22
Read More
+Social+Newsletter
TopicsAbout UsContact Us
Copyright ©, Camden Media Inc All Rights Reserved. See our User Agreement, Privacy Policy and Data Use Policy. The material on this site may not be reproduced, distributed, transmitted, cached or otherwise used, except with prior written permission of Futurism. Articles may contain affiliate links which enable us to share in the revenue of any purchases made.
Fonts by Typekit and Monotype.