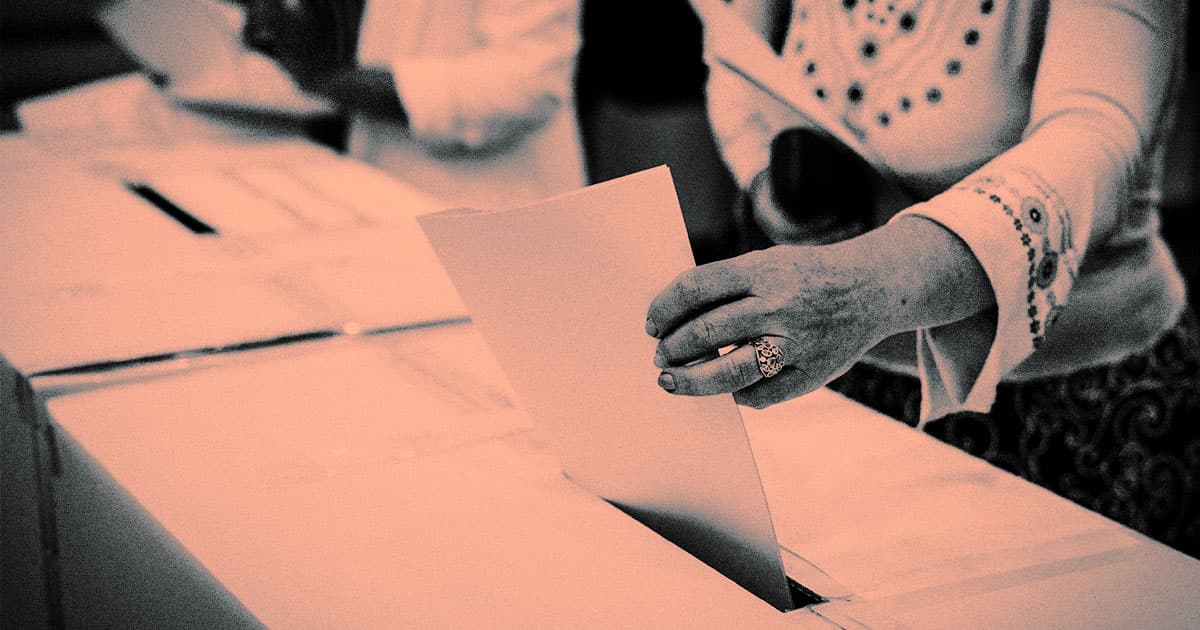 Congressman: The 2020 Election Is Not Safe From Hackers

That's according to U.S. Representative Adam Schiff, chair of the House Intelligence Committee, who went on Monday's edition of Recode's podcast to say that neither the government nor private companies have done enough to ramp up cybersecurity protocols since the 2016 election — a troubling sign for the future of American democracy.

Schiff was particularly concerned about deepfakes being used to manipulate the public into thinking a politician did or said something that never happened.

"The tech companies aren't ready," Schiff told Recode. "They don’t have, I think, their policies fully thought out yet. The government isn't ready. We don’t have the technologies yet to be able to detect more sophisticated fakes."

Deepfakes tend to be a little rough around the edges, so it's possible to spot these faked propaganda videos with a vigilant eye. But that requires people to pay extremely close attention to every bit of media that they consume — an unrealistic expectation for the public.

"And the public, by and large, when you bring up 'deepfake,' they don’t know what you’re referring to," Schiff told Recode. "And so we don't have much time. It's eight months until the primaries begin to try to prepare the public, prepare ourselves, determine what other steps need to be taken to protect ourselves from this kind of disinformation."

More on election security: Report: 2020 Candidates Are Going to Get Owned by Deepfakes

Going Wireless
Hackers Took Over a Subdomain of Wired.com for Several Months and Replaced It With Sleazy Online Casino Content
Wednesday
Read More
Break Out in Hives
Twitter Competitor Shuts Down App When It Turns Out Hackers Can Read Users' Private Messages
12. 1. 22
Read More
Deep and Very Fake
Bruce Willis Signs Deal to Get Deepfaked Into Future Movies
9. 30. 22
Read More
+Social+Newsletter
TopicsAbout UsContact Us
Copyright ©, Camden Media Inc All Rights Reserved. See our User Agreement, Privacy Policy and Data Use Policy. The material on this site may not be reproduced, distributed, transmitted, cached or otherwise used, except with prior written permission of Futurism. Articles may contain affiliate links which enable us to share in the revenue of any purchases made.
Fonts by Typekit and Monotype.