A Bipartisan Group of U.S. Senators Has a Plan to Secure Future Elections

Step 1: Get rid of all paperless voting machines. 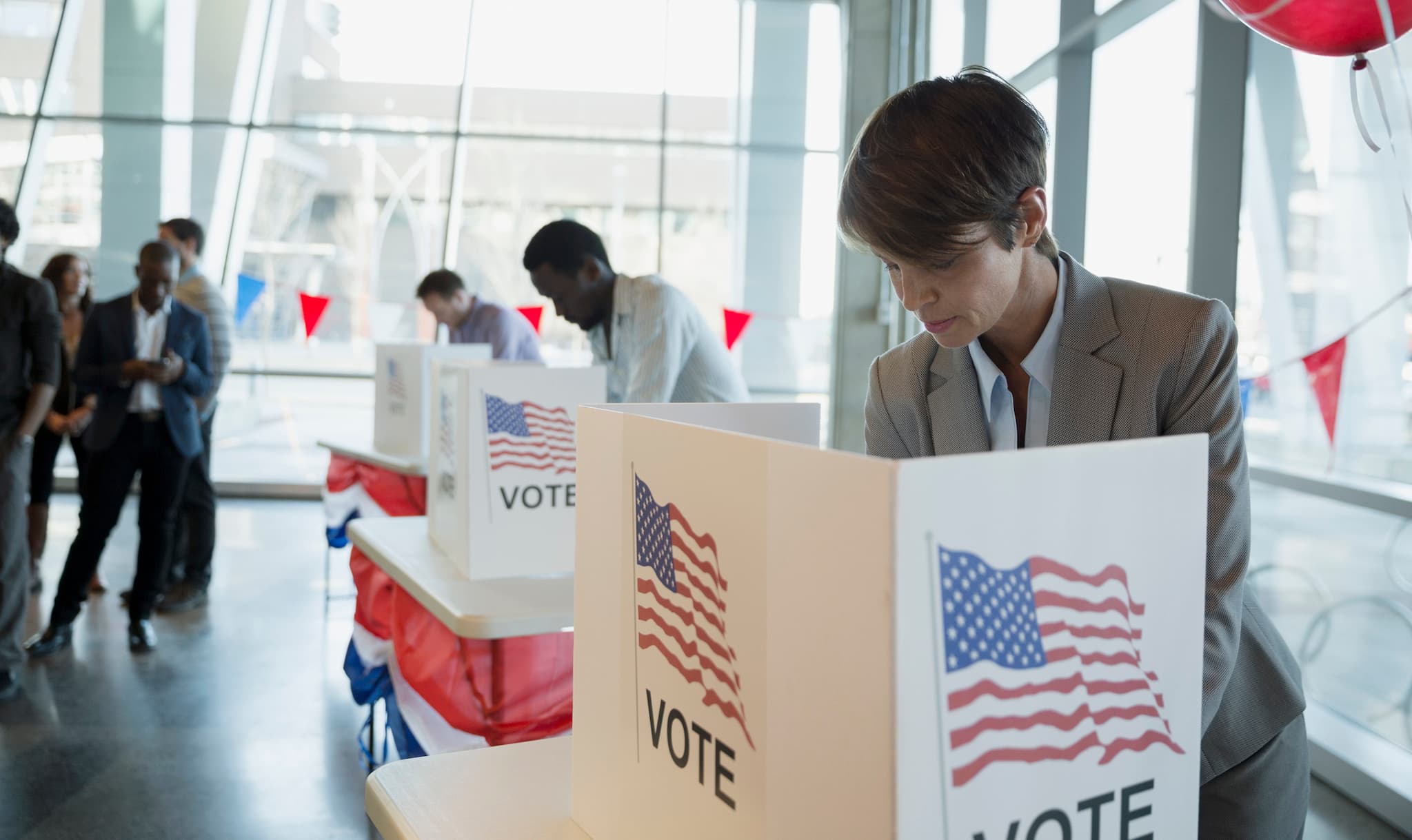 Not long after 2000's tumultuous presidential election, the United States began adopting electronic/paperless voting systems. Almost immediately, experts voiced concerns about the security of these voting machines, and the issue came to a head in 2016, when reports of Russian involvement in the U.S. presidential election surfaced.

While investigators didn't find any evidence of external interference with voting machines, they did conclude that voting systems were probed prior to the 2016 election. To protect future U.S. elections against interference from outside agents and foreign governments, a bipartisan group of six senators has introduced the Secure Elections Act.

“Russia attacked the very heart of our democracy when they interfered in the 2016 election. With the 2018 elections just around the corner, Russia will be back to interfere again,” co-sponsor Sen. Kamala Harris (D-Calif.) stated in a press release.

"We must act now to fortify our election system against attacks by foreign powers in a way that is smart and allows for effective communication and information-sharing between election and intelligence officials,” said Harris.

Flaws in the System

As election security is an issue that affects all parties equally, the bill stands a better than average chance of passing, and if it does, it will address two major flaws in the U.S. elections system.

The first is the paperless voting systems themselves.

"Computer scientists were worried about them from the start...they were being rolled out too fast and without effective security standards," Alex Halderman, a computer scientist at the University of Michigan, told Ars Technica. "In every single case, when a machine was brought into the lab and studied by qualified researchers, the result was the discovery of significant vulnerabilities that could allow the machines to be compromised with malicious software that could potentially steal votes."

States are not blind to these faults, and some have already started to move away from using paperless voting systems. Unfortunately, others have not been able to make the move due to budget constraints. To that end, the Secure Elections Act would give states grants they could use to replace these systems.

The second is how states conduct, or don't conduct, post-election audits.

Recounts are often only conducted if an election outcome is very close, but if every election, especially major elections, ended with a review and an audit, it would drastically improve security while also removing any stigma associated with recounts. The Secure Elections Act would encourage states to adopt more sophisticated statistical procedures to verify ballots, ensuring they don't count too many or too few.

The bill would also create an advisory committee staffed by election security experts who would develop a set of election auditing standards. States willing to improve their election procedures following those standards could apply for money to help them do so. If states were forced to recount large numbers of ballots due to a particularly close initial result, they could be reimbursed for their efforts through an insurance pool established by the bill.

While this legislation is ambitious, voting security is of the utmost importance for a democratic system. All citizens deserve to have their votes accurately counted, and the Secure Elections Act could help ensure that that's the case for the 2018 elections and beyond.

Read This Next
Uh Oh
Research Confirms TikTok Is a Cesspool of Misinformation
Hanging Chads
DARPA Is Building an Open Source Voting Machine
Futurism
Hold Up: What Actually Happened in Sierra Leone's "Blockchain" Election?
Futurism
Sierra Leone Just Held the World's First Blockchain-Powered Election
Futurism
Could Digital Voting Create a Society That Is Truly Governed by the People?
More on Future Society
Phoney Business
Yesterday on the byte
Amazon Says It'll Pay You $2 Per Month to Spy on Your Phone's Internet Traffic
Elon Tusk
Yesterday on the byte
Rick and Morty Fans Now Embarrassed by Elon Musk's "Cringe" Cameo
Dirty Bird
Yesterday on the byte
Twitter HQ May Sink Into Literal Filth as Its Janitors Go on Strike
READ MORE STORIES ABOUT / Future Society
Keep up.
Subscribe to our daily newsletter to keep in touch with the subjects shaping our future.
+Social+Newsletter
TopicsAbout UsContact Us
Copyright ©, Camden Media Inc All Rights Reserved. See our User Agreement, Privacy Policy and Data Use Policy. The material on this site may not be reproduced, distributed, transmitted, cached or otherwise used, except with prior written permission of Futurism. Articles may contain affiliate links which enable us to share in the revenue of any purchases made.
Fonts by Typekit and Monotype.