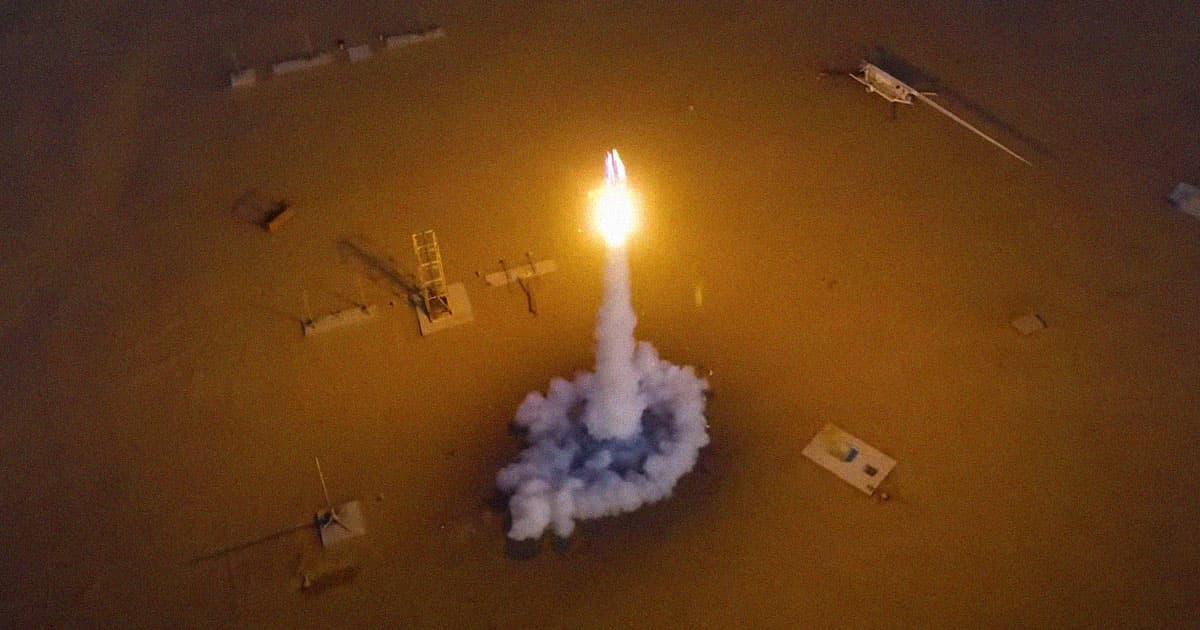 Courtesy of YouTube channel BPS Space, we get to watch a rocket-powered Christmas tree soar to an altitude of almost 300 feet — an appropriate metaphor, perhaps, for many of us cancelling plans to see loved ones over the holidays.

The ragtag group of engineers, many of whom are working in the aerospace industry, strapped a seven foot tree to a four-winged structure. A small solid-fuel rocket engine allowed the tree to take off into the sky over the Mojave desert in California — truly a beautiful sight to behold, and a fitting sendoff for an anxiety-laden 2021.

The folks behind BPS Space did hit some snags along the way.

But on the fourth attempt, everything went almost perfectly according to plan. The LED-filled tannenbaum rocketed into the air, sending some fake presents attached to its base spinning.

The team is also auctioning off "Season's Yeetings" Christmas ornaments that made it into the air while attached to the tree in January to raise money for the American Foundation for Suicide Prevention.

The launch is a fitting bookend for the year 2022. We can only hope that next year's Christmas season will be all the merrier.

Rain Check
Military Satellite Launch Delayed After Fuel Leak
12. 6. 21
Read More
Reduce, Reuse, Recycle
This Startup Wants to Turn Space Junk Into Orbital Hotels
11. 7. 19
Read More
SpaceX Launches Next-Generation Air Force GPS Satellite
12. 23. 18
Read More
+Social+Newsletter
TopicsAbout UsContact Us
Copyright ©, Camden Media Inc All Rights Reserved. See our User Agreement, Privacy Policy and Data Use Policy. The material on this site may not be reproduced, distributed, transmitted, cached or otherwise used, except with prior written permission of Futurism. Articles may contain affiliate links which enable us to share in the revenue of any purchases made.
Fonts by Typekit and Monotype.