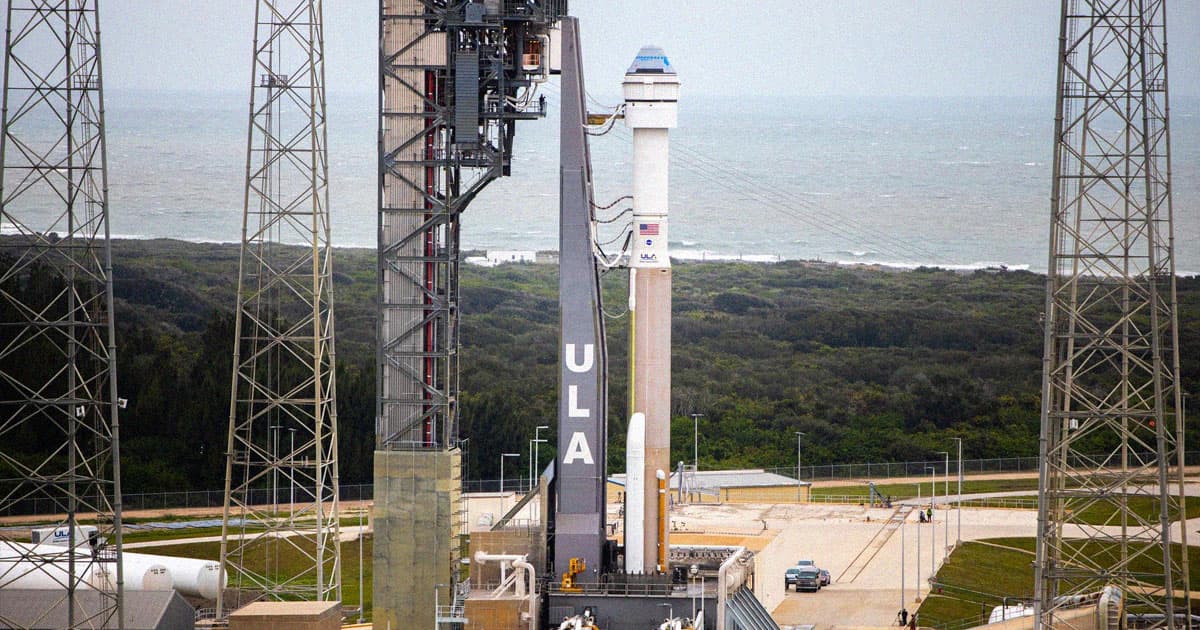 United Launch Alliance "scrubbed" and delayed a military rocket launch that was scheduled to lift off Sunday — after a leak was found in the fuel ground storage system.

The launch provider initially said on Twitter that the Atlas 5 rocket launch would be rescheduled for Monday, but then tweeted that employees needed more time to evaluate the fuel issue. The new launch date is Tuesday, Dec 7.

"During initial operations, a leak was discovered in the Rocket-Propellant-1 (RP-1) ground storage system," ULA tweeted Saturday after the launch was scrubbed.

On Monday, it added that the "team repaired the ground storage system but will require additional time to verify the sample integrity of the fuel prior to tanking operations."

According to SpaceFlightNow, the RP-1 fuel mentioned in ULA's tweet is a highly-refined rocket-grade kerosene fuel used on the Atlas 5 rocket’s first stage. The team will need to inspect the ground storage even though it's repaired to make sure the kerosene isn't contaminated.

Given that ULA boasts a high success rate, it's probably par for the course that it's taking extra precautions. ULA says on their site that it's handled more than 145 consecutive launches since 2006.

"This will be the 90th launch of the Atlas V rocket," a press release about the postponed mission said. "To date ULA has launched 146 times with 100 percent mission success."

The team may well have avoided a catastrophe by finding the fuel leak, and it's probably also a good sign they're taking the appropriate amount of time to get things right since this is a complicated launch.

"STP-3 is a unique mission as the Atlas 5 will deliver STP-3 directly into Geosynchronous Equatorial Orbit (GEO). This is a highly complex orbital insertion," ULA vice president of Government and Commercial Programs Gary Wentz said in the press release. "This is our longest mission to date at seven hours and 10 minutes until final spacecraft separation. We are proud to work alongside our mission partners to prepare to launch this challenging mission and thank them for their outstanding teamwork."

It doesn't sound like the team was expecting problems, but that they knew the launch could be complicated and would require teamwork and precision — both key skills to have on hand in the event of a fuel leak.

SFN reports the launch was set to carry two Space Force satellites with technological prototypes and experiments into orbit, launching from the Cape Canaveral Space Force station in Florida. The mission was sponsored by the military’s Space Test Program, which oversees some of the Defense Department's space missions. SFN says the military didn't disclose details about the satellites or what they'll be testing, but included communications, space domain awareness and space weather monitoring among their primary objectives.

Another satellite, the Long Duration Propulsive ESPA, or LDPE 1, will also be headed into orbit with the Atlas 5. According to SpaceNews, LDPE will help pave the way for future missions in orbit and is equipped with its own propulsion system.

"We call the LDPE our 'freight train to space,'" Col. Heather Bogstie, senior materiel leader of the rapid development division at SMC, said in a video at the Small Satellite Conference earlier this year. “We hope to launch these once a year, funding permitting, and get capabilities on orbit in a rapid fashion.”

It looks like a crisis was averted, and rocket watchers will still be able to see the launch Tuesday.

More on space exploration: Chinese Rover Exploring What Appears to be a Cube-Shaped Object on Moon

Read This Next
So Long
Tragedy! NASA Says the Voyager Space Probes are Powering Down
Lunar Learning
Scientists Grow Living Plants in Moon Soil Captured by Astronauts
Making Mars
NASA's Chief Scientist Quits, Says He Has a Plan to Terraform Mars
Trouble in Space
Russian Newspaper Publishes Brutal Takedown of Russian Space Program
Heating Up
One Space Trip Emits a Lifetime's Worth of Carbon Footprint
More on Off World
Grrrrrrrr
4:06 PM on the byte
Internet Erupts as NASA Spots Cartoon Bear on Surface of Mars
Gl1tc4
2:44 PM on the byte
NASA Says Another James Webb Instrument Has Suffered a Glitch
comet Spotting
2:06 PM on the byte
Behold! Dazzling Green Comet Approaches
READ MORE STORIES ABOUT / Off World
Keep up.
Subscribe to our daily newsletter to keep in touch with the subjects shaping our future.
+Social+Newsletter
TopicsAbout UsContact Us
Copyright ©, Camden Media Inc All Rights Reserved. See our User Agreement, Privacy Policy and Data Use Policy. The material on this site may not be reproduced, distributed, transmitted, cached or otherwise used, except with prior written permission of Futurism. Articles may contain affiliate links which enable us to share in the revenue of any purchases made.
Fonts by Typekit and Monotype.