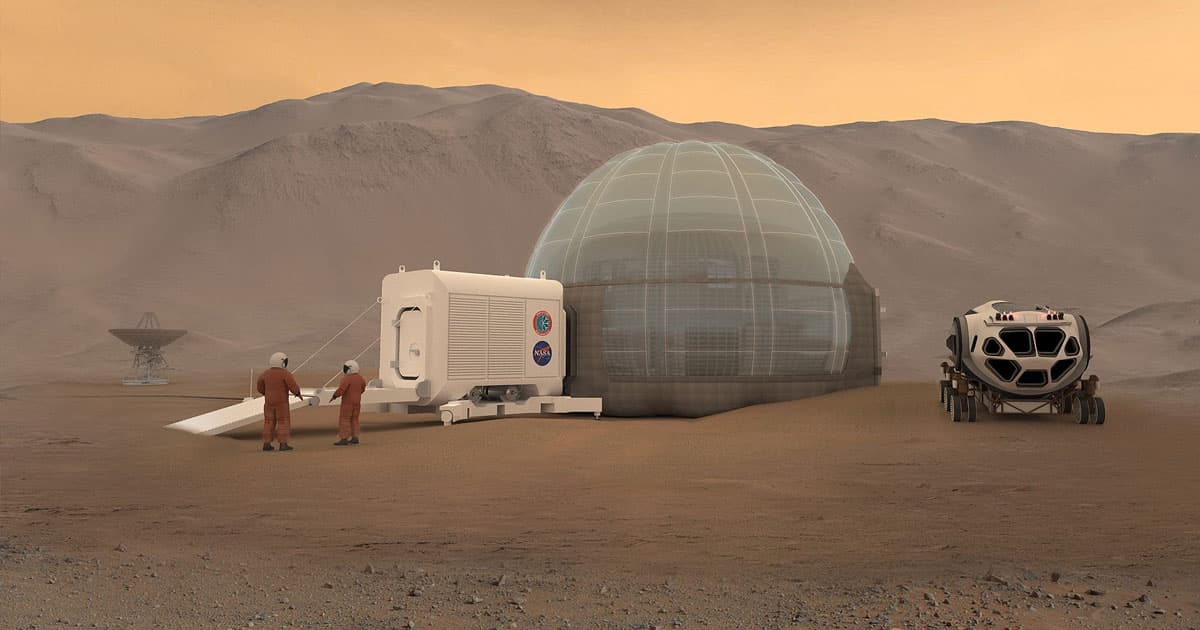 Robots Could Build Martian Settlements by Imitating Humans on Earth

Construction bots are learning to work by mirroring people's movements.

Construction bots are learning to work by mirroring people's movements.

New construction robots are learning how to do their jobs by mirroring the movements of humans, copying their motions to dig and stack objects.

SE4, the software company behind the system, tells IEEE Spectrum that someday its fleet of excavation and assembly bots could help build settlements on Mars. Ultimately, the team is trying to develop technology that will let an operator working on Earth give useful instructions to spacefaring robots in a way that minimizes the impact of long communication delays — a capability that would help solve one of the many challenges of settling the cosmos.

The human-mimicking system is similar to how engineers control Fedor, the semi-autonomous humanoid robot that Russia recently sent up to the International Space Station.

Equipped with a virtual reality headset and two handheld controllers, a person could gesture or move around to teach new commands to the SE4 robots, IEEE Spectrum reports. That way, a construction robot can learn how to perform specific tasks in advance, so it's not waiting around for step-by-step instructions to arrive from Earth.

That balance of autonomy and human guidance "lets humans do what they’re good at, while robots do what they do best," SE4 CEO Lochlainn Wilson told IEEE Spectrum.

More on spacebots: Watch Russia's Gun-Toting Robot Use a Power Drill on the ISS

FROM THE DEPT. OF THINGS TO BUY
Best Telescopes of 2022
Jul 31
Read More
FROM THE DEPT. OF THINGS TO BUY
Best Space Games of 2022
Mar 9
Read More
Diner Drama
People Furious at Robot Serving Pancakes at Denny's
11. 28. 21
Read More
+Social+Newsletter
TopicsAbout UsContact Us
Copyright ©, Camden Media Inc All Rights Reserved. See our User Agreement, Privacy Policy and Data Use Policy. The material on this site may not be reproduced, distributed, transmitted, cached or otherwise used, except with prior written permission of Futurism. Articles may contain affiliate links which enable us to share in the revenue of any purchases made.
Fonts by Typekit and Monotype.