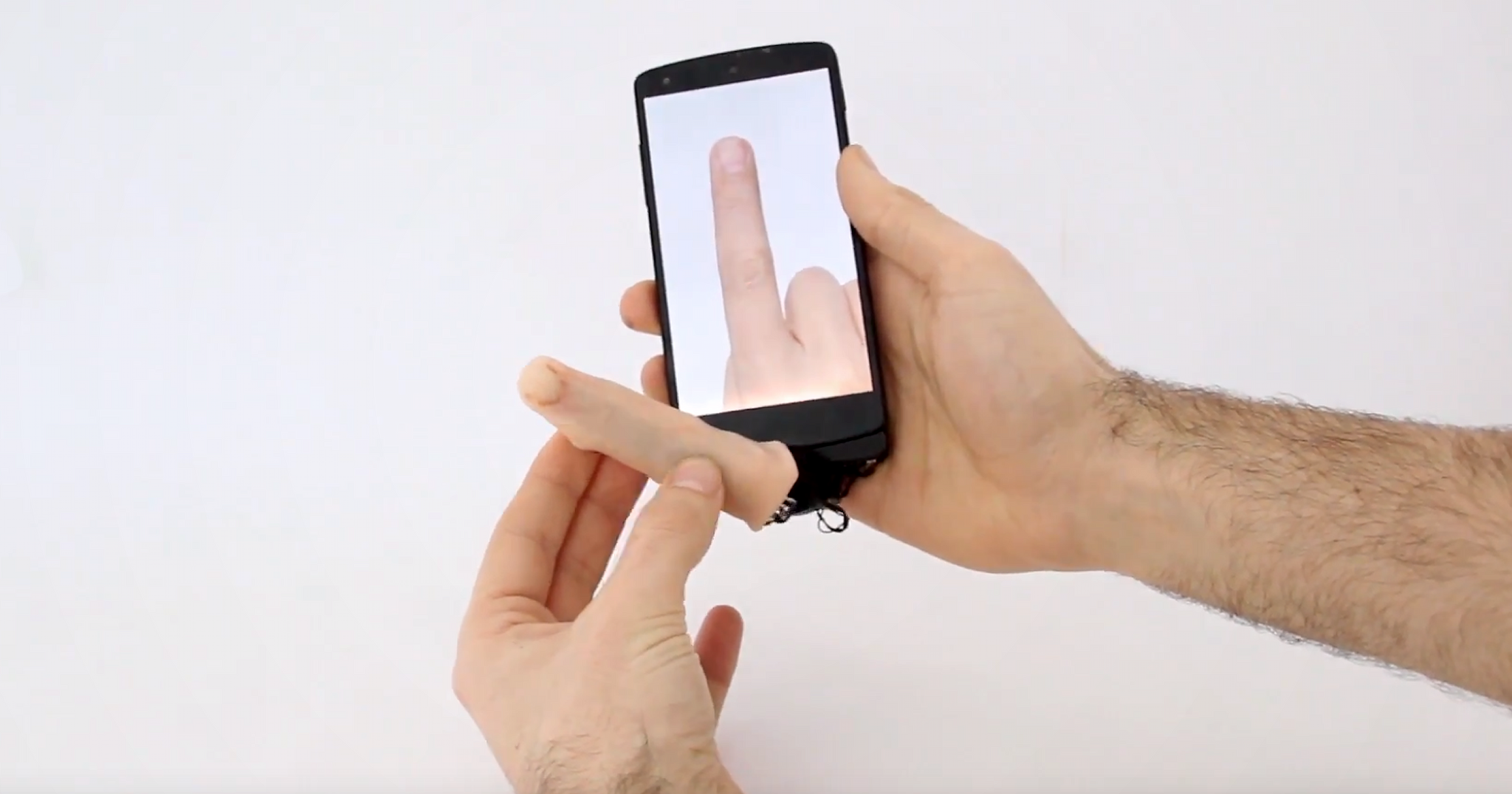 Look at This Creepy Finger You Can Plug Into Your Smartphone

If the future includes smartphones with fingers, count us out.

If the future includes smartphones with fingers, count us out.

We tap away on our mobile devices all day long. Isn't it about time they tapped us back?

Today, he published a video demonstrating all the ways the robotic finger can creep you out — including by softly stroking the back of your hand while you mess around on your phone.

According to a paper Teyssier will present at the Berlin User Interface Software and Technology conference in October, the MobiLimb uses five precisely-controllable motors to make a great range of finger-like motions.

Sometimes Teyssier isn't feeling the standard black plastic look, so he covers the robotic finger with one of two custom skins — a fur-covered one and a fleshy model that (kinda, sorta) makes it look like a human finger.

In the video, Teyssier demonstrates how MobiBot can drag a smartphone across a surface, wag back and forth like a tail, and tap the table to signal a notification. Its one truly useful skill might be serving as a smartphone stand, but, um, those already exist. And they don't look eerily like a dismembered digit.

For now, MobiLimb will likely remain relegated to the category of tech we probably don't need, but that we're glad someone created, if for no reason other than that it's weird and we like weird.

More on smartphone attachments: A Clever Smartphone Attachment Will Show if Water Is Contaminated

The FCC Has Approved a World-First Wireless Charger
12. 27. 17
Read More
A Robot That Will Replace Your Smartphone is Already in the Works
8. 29. 17
Read More
Samsung's Galaxy S8 Will Be the World's First Phone With Bluetooth 5.0
3. 31. 17
Read More
+Social+Newsletter
TopicsAbout UsContact Us
Copyright ©, Camden Media Inc All Rights Reserved. See our User Agreement, Privacy Policy and Data Use Policy. The material on this site may not be reproduced, distributed, transmitted, cached or otherwise used, except with prior written permission of Futurism. Fonts by Typekit and Monotype.