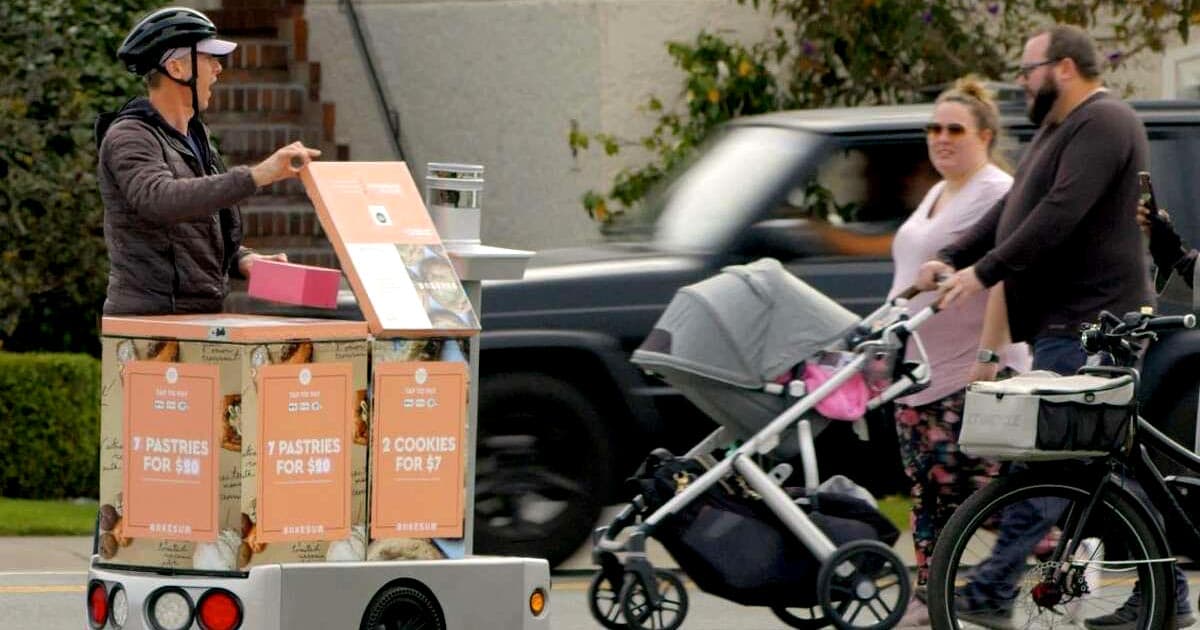 Cyberpunk Overload! It's the Summer of the Robot Vending Machine

This summer, the candy will come to you, not the other way around.

This summer, the candy will come to you, not the other way around.

The days of having to walk over to a vending machine to pick up a snack may be numbered. Now they're going to start coming to you.

Robotic vending machines are making their way to malls, airports, and even grocery stores across the US, Axios reports.

Take Tortoise, for instance, a startup that claims to have created the first remote-controlled store on wheels, The company has dispatched its adorable mobile stores at various venues, selling popcorn and cotton candy at the Mall of America and several NBA and NHL games.

So what's the advantage over a regular vending machine? Tortoise co-founder Dmitry Shevelenko told Axios the robots facilitate "transactions that would likely not have happened if we hadn’t been there."

In other words, people are more likely to buy candy if the candy comes to them, not the other way around.

Rather than relying on cutting edge autonomous driving sensors, Tortoise's stores are controlled and monitored by staff at the company's headquarters in Mexico City.

Shevelenko told Axios that they work best at "any location where you have long lines, a lot of food traffic or a captive audience, or ideally some combination of the three."

Boxes strapped to a wheeled base can be opened with a tap of a credit card. Once open, customers can then retrieve their product.

It may not be the most flattering portrait of the current state of humanity, given the countless conveniences modern day life already affords us like Instacart or Uber Eats — but there are far worse things in the world than making a robotic friend while waiting in line at an amusement park.

More on robots: Sad Delivery Robot Gets Lost In The Woods

New Gesture Control Tech Turns Anything Into a Remote
10. 1. 17
Read More
Pizza Personnel
Domino's Buying Hundreds and Hundreds of Electric Delivery Vehicles
Wednesday
Read More
Another One
Coinbase May Be in Real Serious Trouble Now
Wednesday
Read More
+Social+Newsletter
TopicsAbout UsContact Us
Copyright ©, Camden Media Inc All Rights Reserved. See our User Agreement, Privacy Policy and Data Use Policy. The material on this site may not be reproduced, distributed, transmitted, cached or otherwise used, except with prior written permission of Futurism. Articles may contain affiliate links which enable us to share in the revenue of any purchases made.
Fonts by Typekit and Monotype.