New Gesture Control Tech Turns Anything Into a Remote

"You could even change the channel with your pet cat." 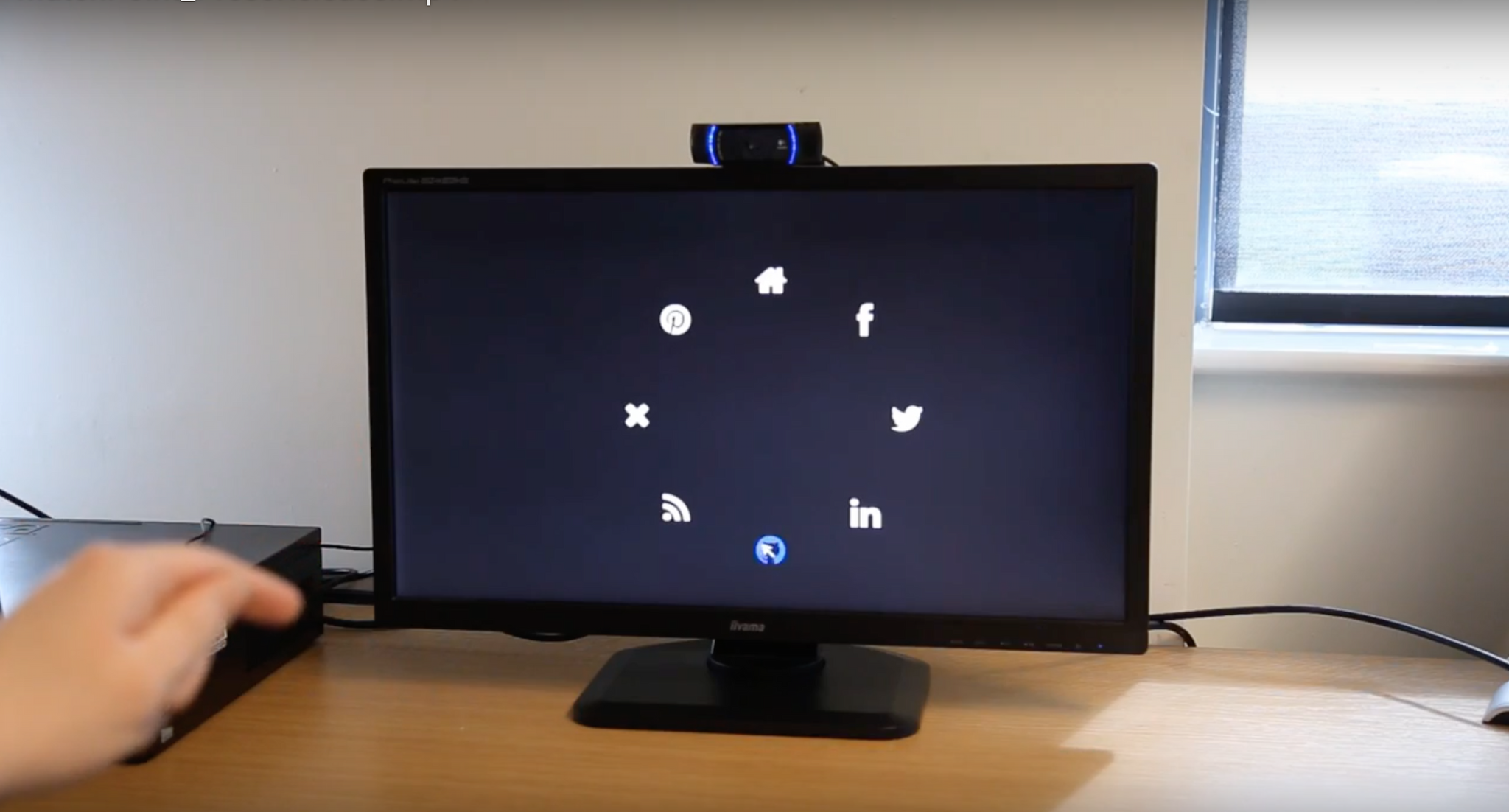 Image by Lancaster University's School of Computing and Communication

Those of you who remember playing with Wii consoles might be familiar with the excitement — and pitfalls — of gesture control technology. While this field has long had its issues, a new product promises to finally deliver on the possibility of seamless interaction with all of your smart devices.

The new tech, described as "revolutionary," promises to turn any object into a remote control. You might cast channel-changing spells with your finger, adjust the volume with your desk lamp, or even alter the settings with a guitar string.

Researchers from Lancaster University will present their paper "Matchpoint: Spontaneous spatial coupling of body movement for touchless pointing" this month at the UIST2017 conference in Quebec City. This paper details the technique innovated to allow for the interaction between movement (whether it be human movement of the movement of an object) and screens, making this technology possible.

The Matchpoint technology is relatively simple to operate. Like its glitchy predecessors, it requires a webcam. To operate, a user interfaces with the screen which will display a circular widget with menu items around the circle. This interaction between movement and display is being described as  "spontaneous spatial coupling."

What sets this tech apart from previous iterations is that it doesn't look to interact with specific body parts. It instead targets and identifies rotating movement. This allows the tech to operate without calibrating or registering specific objects. It can be used with televisions, computers, and other devices that use screens.

Christopher Clarke, a Ph.D. student at Lancaster University's School of Computing and Communications who worked to develop the technology, said in a press release, "Spontaneous spatial coupling is a new approach to gesture control that works by matching movement instead of asking the computer to recognize a specific object."

"Our method allows for a much more user-friendly experience where you can change channels without having to put down your drink, or change your position, whether that is relaxing on the sofa or standing in the kitchen following a recipe," Clarke went on to say. "You could even change the channel with your pet cat."