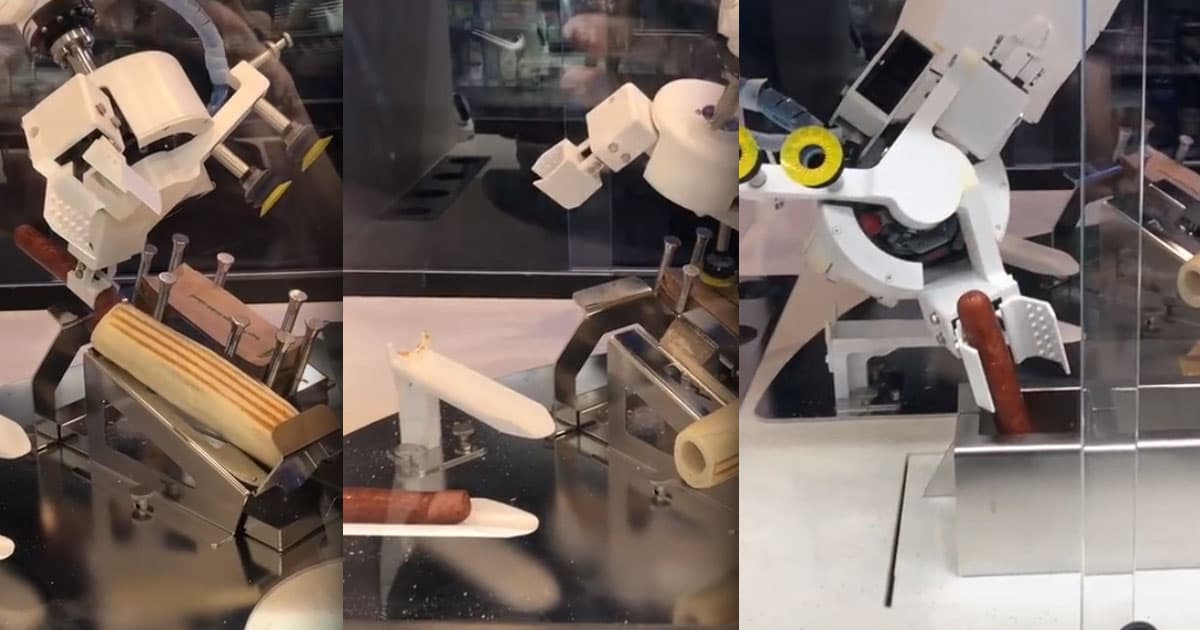 "Can’t wait for AI to take over the world."

"Can’t wait for AI to take over the world."

Our robot overlords still have some learning to do before they can take over the world — or even the local weiner stand.

A new viral video that has been viewed well over 12 million times on TikTok shows a convenience store robot in Poland miserably failing at completing an extremely simple task: putting a hot dog inside a bun and serving it to a customer.

The robot struggles to find the the conveniently frankfurter-shaped slot in the bread. Its programming, however, had the robot determined to finish the job, with or without the bread, unceremoniously chucking the presumably boiling sausage into a hot dog wrapper and serving it to the incredulous customer sans roll.

Unsurprisingly, the internet had a field day with the underperforming robotic arm.

"Can’t wait for AI to take over the world," another user joked.

The robot, dubbed Robbie, was launched across several franchises of Poland's largest convenience chain, Zabka Polska, earlier this year. It was developed in partnership with robotics outfit VeloxAlpha, and executives from the chain called it "the first of its kind on the market" in a press release.

Each hot dog takes about 40 seconds to prepare, arguably a lot longer than the time it would take for a human employee to complete the same task. The company, however, is aiming to have a "user-friendly" system that is "available 24-7 for everyone."

Fast food franchises, particularly in the US, are clearly intrigued by the prospect of replacing human employees with robots, tasking experimental bots with flipping burgers, deep frying chicken wings, or even making tortillas.

But, as the video demonstrates, there are some glitches to iron out.