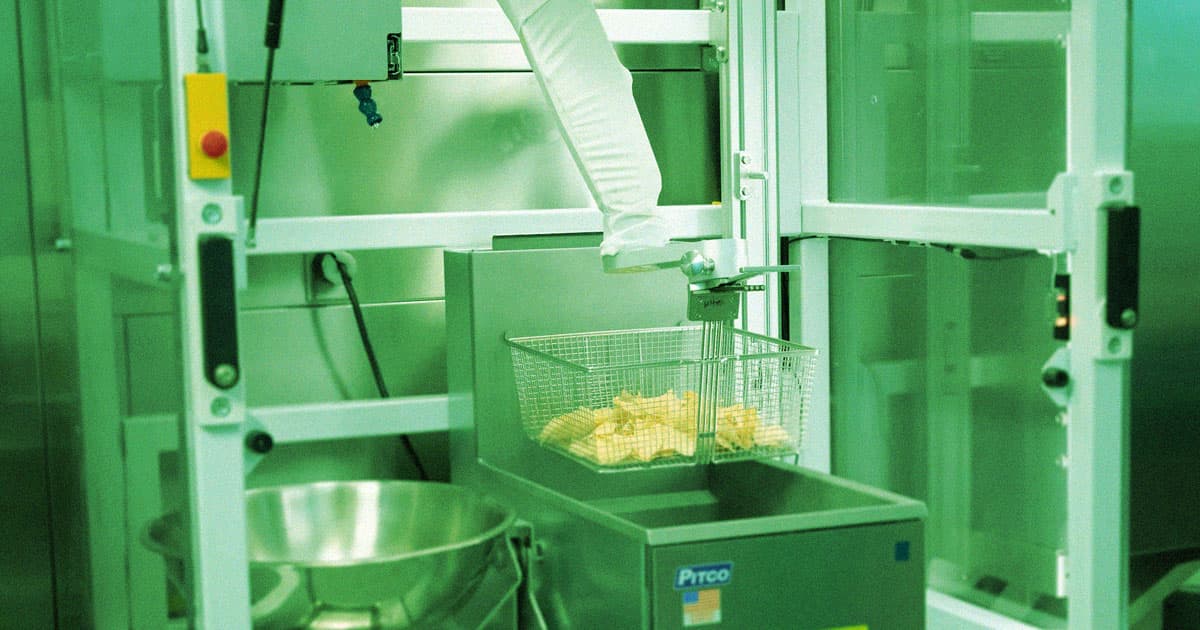 It's name is Chippy and you'll never guess what it makes.

It's name is Chippy and you'll never guess what it makes.

With places like Buffalo Wild Wings and even Walmart turning to automation to help fry up artery clogging goodness, the robot revolution is turning out to be a lot more delicious than maybe first imagined.

Now, Chipotle is getting in on the action. The fast-casual Mexican chain is testing out an AI-powered tortilla chip-making robot dubbed “Chippy” in its test center in Irving, California, according to a press release from the company. The company has partnered with robotics manufacturer Miso Robotics to help develop the machine.

"Our goal is to drive efficiencies through collaborative robotics that will enable Chipotle's crew members to focus on other tasks in the restaurant," Curt Garner, chief technology officer of Chipotle said in the release.

To be clear, that’s corporate-speak for "this robot will save us money from paying a human to make chips," but sure, okay.

Though the idea of soulless automatons serving up chips might seem a bit disconcerting, Garner said Chippy’s AI capabilities will help ensure that Chipotle locations won’t run out of chips during the day, an issue frequently encountered by employees at the restaurants.

"We asked our team members if we could find a better mousetrap for anything in the restaurant, and what that would be, and up at the top of the list was a better way to make chips," Garner told CNBC.

Chippy will be using the same technology employed in Miso Robotics’ Flippy robot that makes chicken wings for Buffalo Wild Wings — so it’s worked before. If the test center run is successful, Chippy will be installed in a restaurant location in Southern California. There, it’ll be tested before the company determines its readiness for a national rollout.

It’s yet another pitch perfect example of the inevitable automation boom. If a corporation can cut human workers to replace them with cheaper robots, they'll do it in a heartbeat. But hey: At least we won't run out of chips.

READ MORE: Chipotle is testing a robot that makes tortilla chips — and its name is ‘Chippy’ [CNBC]

More on robo-restaurants: Buffalo Wild Wings Is Allowing Robots to Take Over the Deep Fryer