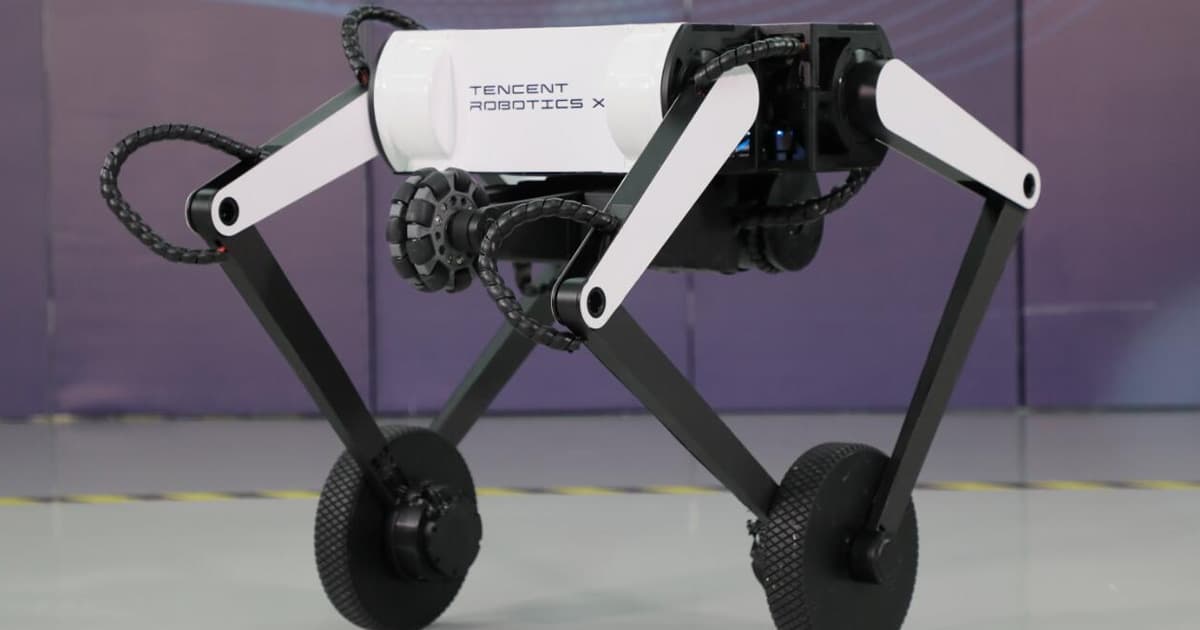 Could Just Get Up and Grab Your Own Coffee

Watch This Terrifying Segway on Steroids Backflip Using Its Tail

Keep it away from me.

Keep it away from me.

Thanks to plenty of muscle power and a creepy tail, Ollie can jump a good foot in the air — and even do a backflip while jumping over a gap, as evidenced in a new video.

Fetch Me My Coffee

Thanks to its extremely flexible extremities, it can right itself, drive down a step of stairs — and stay upright even when its makers throw all kinds of abuse at it.

It's all quite reminiscent of US-based robot maker Boston Dynamics, who has on numerous occasions shown off the athletic prowess of its robotic offspring.

Apart from backflipping over a crevasse, Ollie may soon be running errands for its masters thanks to a really long robotic arm attached to the top. The arm turns Ollie into the perfect coffee delivery robot, as suggested in the promotional video.

The robot is still very much in development and won't be hitting markets any time soon. Until then, we'll have to make do with Boston Dynamics' four-legged robot dog Spot Mini — that is, if you have $75,000 to spare.

Quacks Like a Duck
Watching Elon Musk's Robot Back to Back With Boston Dynamics Is... Something
Oct 4
Read More
Quantum Supremacy
US Sanctions Chinese Quantum Computing Firms for... Reasons
11. 29. 21
Read More
Diner Drama
People Furious at Robot Serving Pancakes at Denny's
11. 28. 21
Read More
+Social+Newsletter
TopicsAbout UsContact Us
Copyright ©, Camden Media Inc All Rights Reserved. See our User Agreement, Privacy Policy and Data Use Policy. The material on this site may not be reproduced, distributed, transmitted, cached or otherwise used, except with prior written permission of Futurism. Articles may contain affiliate links which enable us to share in the revenue of any purchases made.
Fonts by Typekit and Monotype.