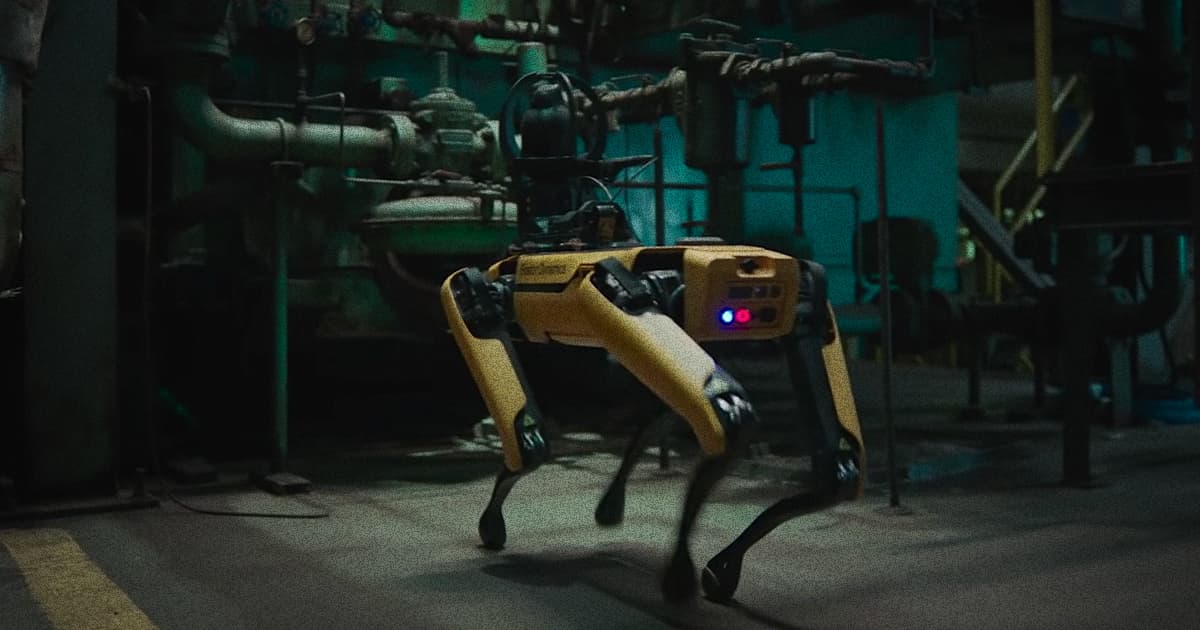 "Toys, toys, toys. Everything we could buy, we would buy."

"Toys, toys, toys. Everything we could buy, we would buy."

The Honolulu Police Department seems to have taken some creative liberties with the extra cash it got through the CARES Act: It seems unlikely that the supporters of the federal pandemic relief bill had the department's new $150,000 Boston Dynamics robot dog "Spot" in mind when they wrote and signed it into law.

"Toys, toys, toys," one anonymous officer told the Honolulu Civil Beat, which originally reported on the expenditure. "Everything we could buy, we would buy."

Members of the community have criticized the purchase, especially since the robot has primarily been used as a walking thermometer to monitor people experiencing homelessness for coronavirus symptoms while they self-quarantine in a tent city.

The police department didn't even seem to shop around, Gizmodo notes, since a developer Spot model is available for half as much as the Honolulu police spent on theirs.

"I could think of a lot of better things to do with that money," Haleiwa, Hawaii resident Katrina Langford, who says she's struggled to secure rental assistance, told the Civil Beat. "It seems like people are taking temperatures everywhere and they don’t need robots to do it."

Police pushed back against the notion that they wasted money on a robot just to take people's temperatures, arguing that the robot can also provide telehealth services and interact with people living in the encampment without exposing cops to possible coronavirus outbreaks.

But the Spot isn't the only questionable CARES Act expense that the Honolulu Police Department made, according to the Civil Beat. The department has also spent millions of the coronavirus relief funds on overtime pay, new vehicles and drones, and even got itself a $29,000 website redesign, calling into question just how necessary this robot dog really was.

"The bulk of the money should’ve gone to individuals and families who were suffering," Councilwoman Heidi Tsuneyoshi told the Civil Beat.

Thanks, but No Thanks
Oakland Police Want to Arm Robots With Shotguns, Because We Live in a Dystopian Nightmare
Oct 17
Read More
Quacks Like a Duck
Watching Elon Musk's Robot Back to Back With Boston Dynamics Is... Something
Oct 4
Read More
Diner Drama
People Furious at Robot Serving Pancakes at Denny's
11. 28. 21
Read More
+Social+Newsletter
TopicsAbout UsContact Us
Copyright ©, Camden Media Inc All Rights Reserved. See our User Agreement, Privacy Policy and Data Use Policy. The material on this site may not be reproduced, distributed, transmitted, cached or otherwise used, except with prior written permission of Futurism. Articles may contain affiliate links which enable us to share in the revenue of any purchases made.
Fonts by Typekit and Monotype.