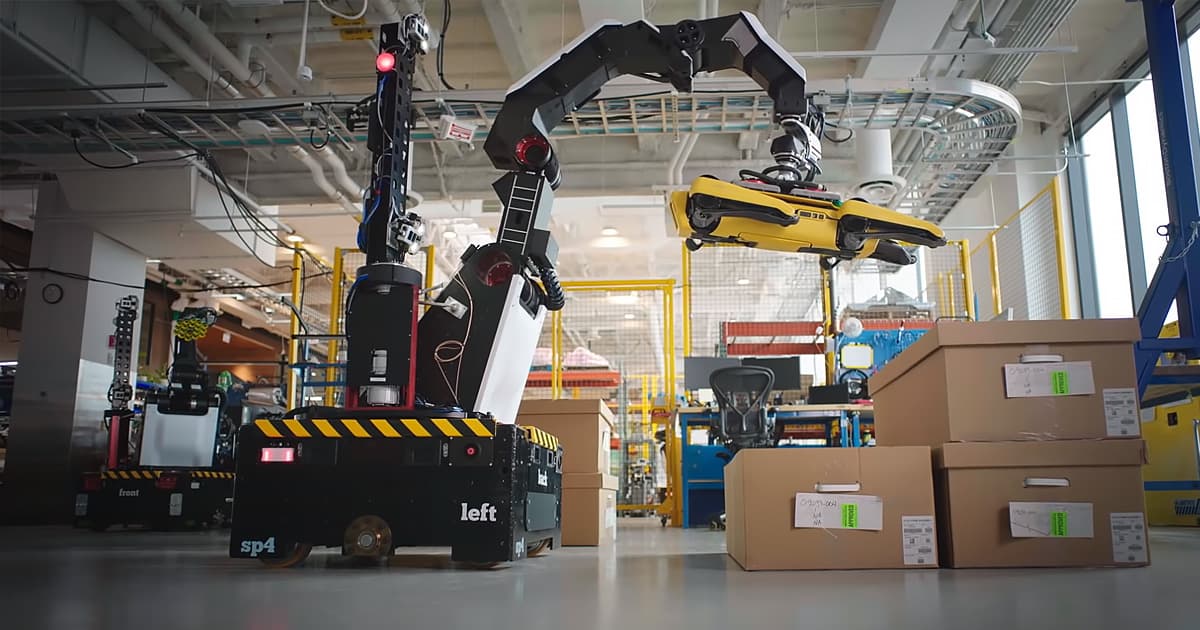 Bit of a Stretch

Watch it unwrap its first present.

Watch it unwrap its first present.

Robot creator Boston Dynamics has released its next ominous creation: the "Stretch."

This robot isn't destined to frolic in fields, like some of its brethren. Stretch has a far more mundane job, requiring it to spend much of its life indoors.

As its name implies, the robot has one giant arm and is "designed to automate box moving tasks in warehouses and distribution centers," according to the company — up to 800 boxes an hour, which is about the rate of a human, The Verge reports.

In its video announcement, Stretch even gets to unwrap its first present in the form of a small Boston Dynamics Spot, the company's famed four-legged robot dog.

The company promises that thanks to its "Perception Mast," Stretch is able to quickly and accurately move boxes around. The arm can easily reach through a truck or past a pallet thanks to its seven degrees of freedom.

A gripper at the end of said arm creates a vacuum to pick up virtually any box up to 23 kilos (50 pounds) in weight — and as long as its lid can support its own weight and is perfectly flat.

A mobile base allows it to move in virtually any direction and even navigate "obstacles and ramps," according to the company. That also means it can be deployed practically anywhere.

Let's just hope it never has to move a tennis racket or marbles.

More on Boston Dynamics: There’s a Robodog Walking Around the Site of the SpaceX Starship Explosion