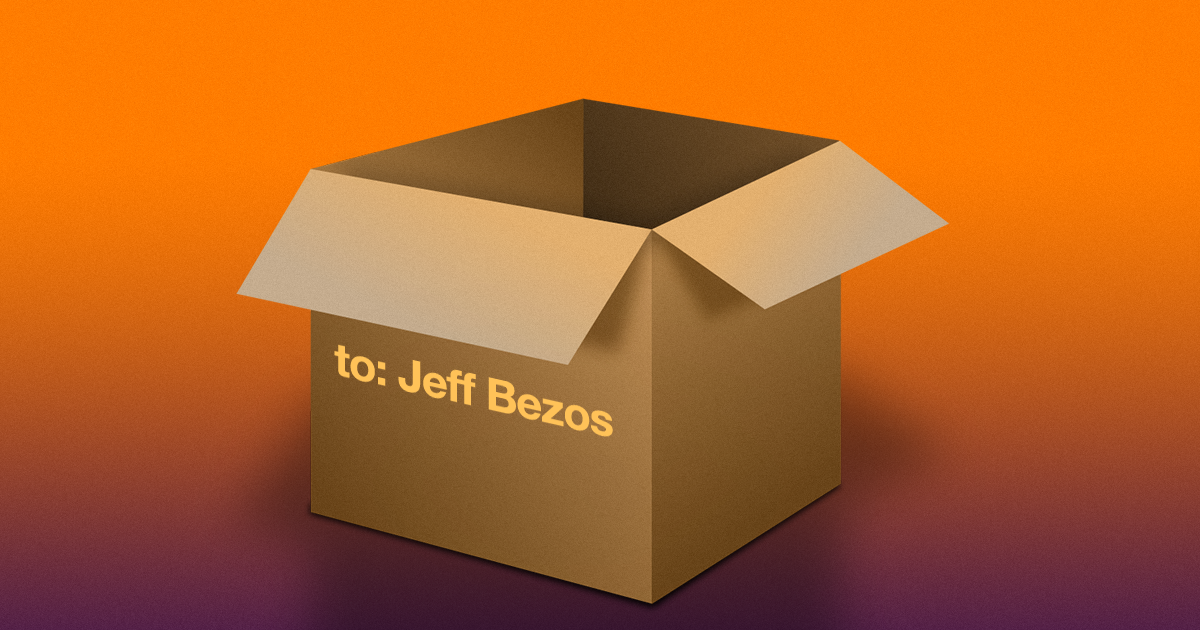 Someone Tried to Return an Amazon Package Directly to Jeff Bezos

They took the returns straight to the top.

They took the returns straight to the top.

During a question and answer session at Wednesday's annual shareholder meeting, a disgruntled Amazon customer and investor made an unusual request of CEO Jeff Bezos.

The company shareholder approached the stage and tried to return an Amazon package directly to Bezos, Business Insider reports, while complaining about four failed attempts to return the package via the standard methods.

In an attempt to not derail the entire meeting, Bezos tried to move on past the unconventional return as smoothly as possible, according to Business Insider.

"My apologies that you had to use this unusual venue to accomplish what should have been a routine task," Bezos told the shareholder before addressing to the crowd. "Anybody else have anything they need to return?"

More on Amazon: Amazon Will Give You a $25 Gift Card to 3D Scan Your Entire Body