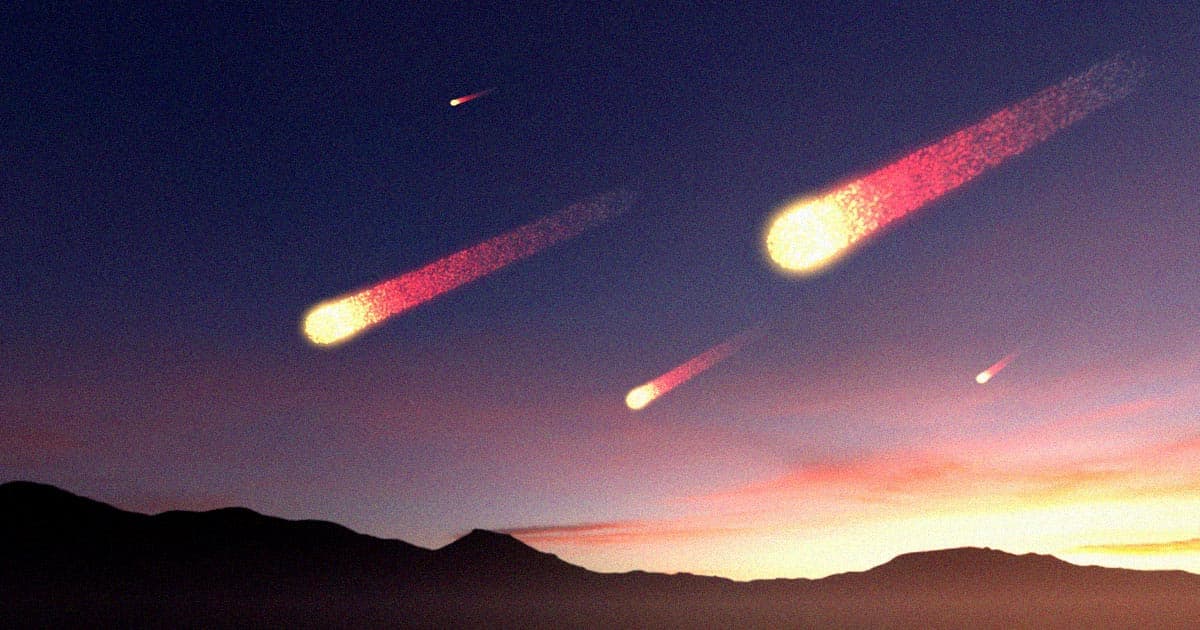 Residents Hear Loud Boom That Turns Out to Be a Meteor

"I thought the dinosaurs was coming back for us."

"I thought the dinosaurs was coming back for us."

More than 30 people in three Southern states reported seeing a bright fireball shooting through the sky Thursday morning. According to a Facebook post from local emergency management services in Mississippi, it was followed by a loud boom as well.

The Claiborne County EMA post said the fireball was a meteor about a foot in diameter that weighed about 90 lbs.

“[It] generated an energy equivalent of three tons of TNT, which created shock waves,” the post said.

According to an Associated Press report, one resident said the object was about the size of a basketball in the sky. Under a post about the meteor made on Mississippi’s statewide emergency management office, residents shared photos of what they saw overhead.

“I saw this on my way home,” one commenter responded. “I thought the dinosaurs was coming back for us.”

The timing is striking — that’s the same day scientists had said last week that a huge asteroid the size of the Empire State Building would narrowly miss hitting Earth. According to a Live Science post about the asteroid that nearly made impact, it only skimmed by our planet at a planetary hair’s breadth of 2 million miles away.

The difference between a meteor and an asteroid lies in whether the chunk is orbiting the Sun or streaming towards Earth’s surface. NASA says car-sized meteor hits Earth’s atmosphere and burns up pretty much every year, so the one sighted yesterday was certainly smaller and hardly a threat no matter where it came from.

More on dinosaurs coming back for us: Humans Causing Worst Ocean Extinction Event Since Asteroid That Killed Dinosaurs