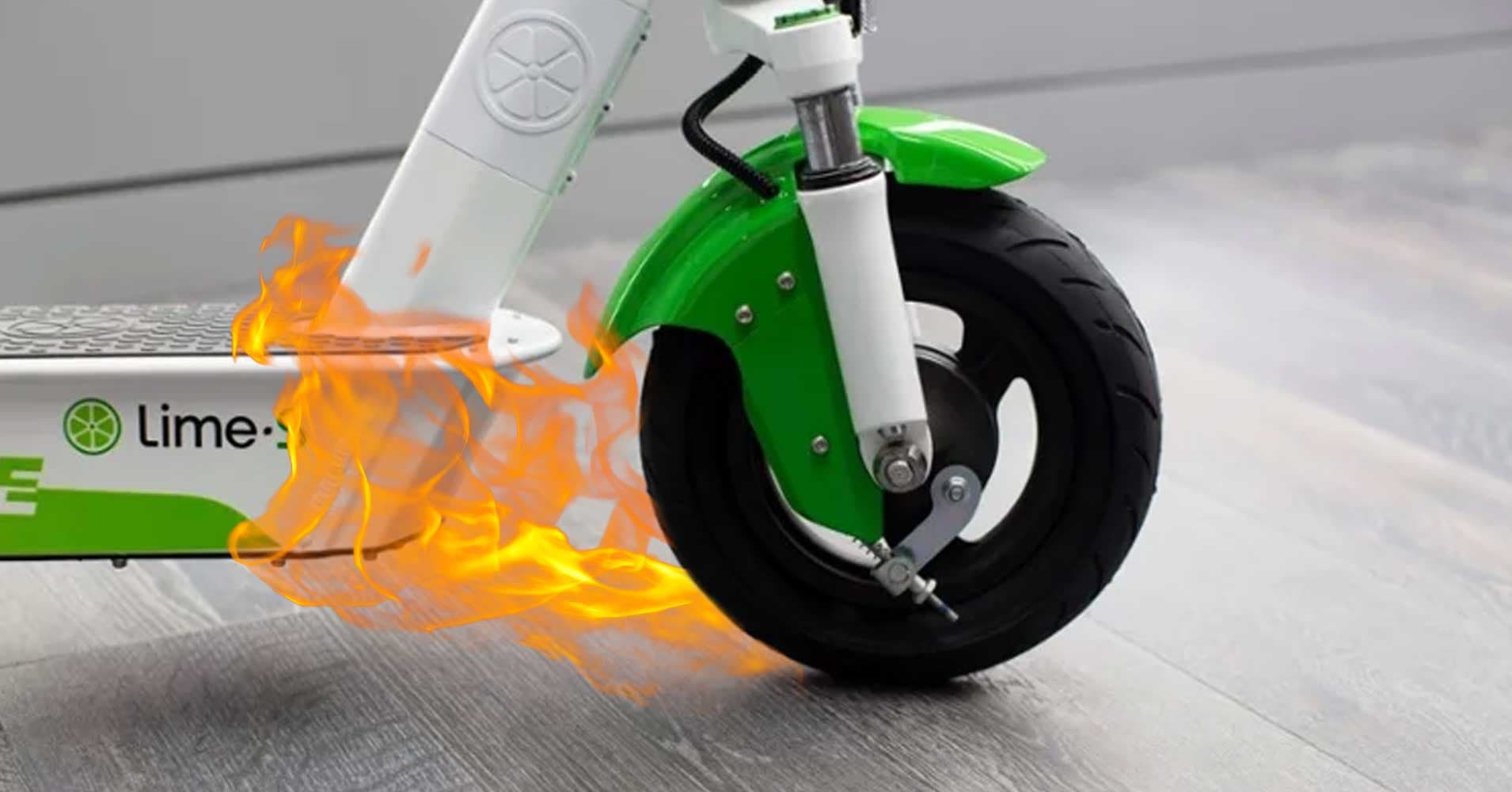 Lime Recalled Thousands of Scooters Because They Were Catching Fire

The Washington Post caught wind of evidence that some of Lime's electric scooters had bursting into flames. In response to questions from the newspaper, Lime admitted it had pulled thousands of its scooters off the streets of Los Angeles, San Diego, and Lake Tahoe because of fire safety concerns.

In a blog post, Lime blamed a "manufacturing defect" for some of its scooters' batteries "smoldering, or in some cases, catching fire."

It also said it's working on a fix: it wrote a piece of  software that could detect if a particular battery is affected and automatically deactivate it. Exactly how that would work is still unclear.

Is the hem of your pants about to catch fire on the way to work? Unlikely, according to the company.

"At no time were riders or members of the public put at risk," read the Lime blog post.

But it's bound to be yet another black mark on an already-controversial scooters. City dwellers across the country have been calling the scooters a public nuisance thanks to them being left blocking sidewalks or even endangering pedestrians.

READ MORE: Electric scooter giant Lime says it recalled scooters amid fears that some could catch on fire [Washington Post]

More on electric scooters: Scooters Are Definitely Not the Future of Transportation

Fiery Furnaces
Firefighters Struggle as Junkyard Tesla Bursts Into Flames Weeks After Crash
6. 13. 22
Read More
RIP
Segway Is No Longer Making Its Famous Two-Wheeled Scooter
6. 23. 20
Read More
Rapid Discharge
New Battery Tech Could Power a Flight from San Francisco to Los Angeles
10. 30. 18
Read More
+Social+Newsletter
TopicsAbout UsContact Us
Copyright ©, Camden Media Inc All Rights Reserved. See our User Agreement, Privacy Policy and Data Use Policy. The material on this site may not be reproduced, distributed, transmitted, cached or otherwise used, except with prior written permission of Futurism. Articles may contain affiliate links which enable us to share in the revenue of any purchases made.
Fonts by Typekit and Monotype.