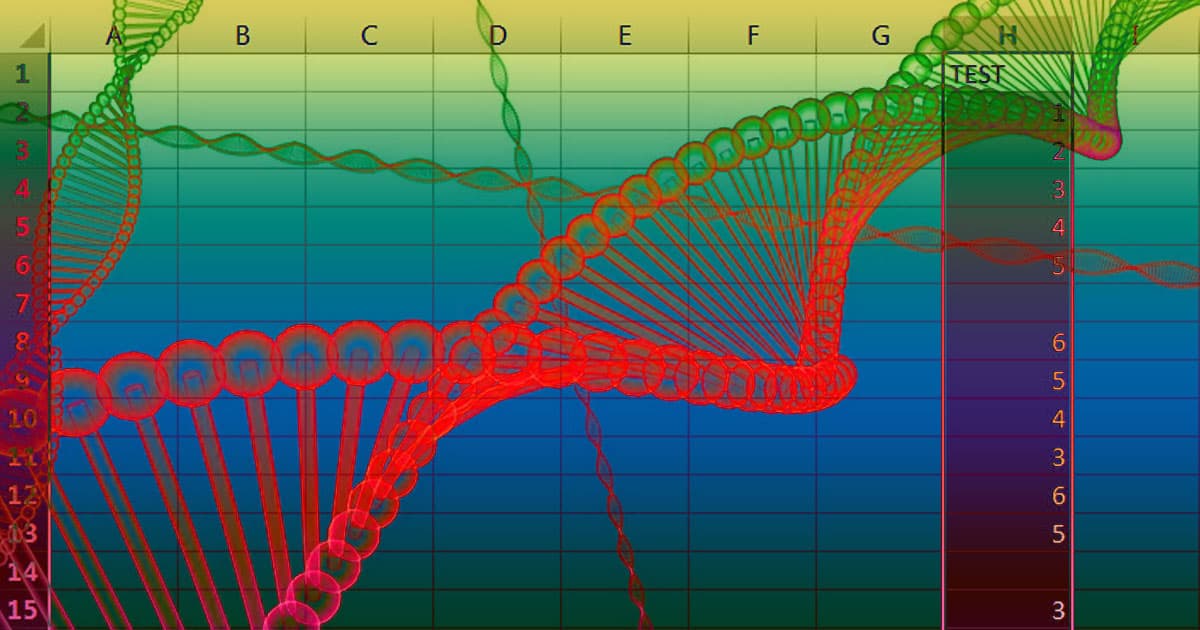 Scientists Had to Rename Genes Because They Confused Microsoft Excel

It turns out that the spreadsheet program Microsoft Excel is a major pain for geneticists. Because some genes have names similar to calendar dates, the program automatically reformats and totally messes up the datasets.

It's a surprisingly common problem that can have a serious impact on published research, The Verge reports. Because Microsoft isn't about to update its software to cater specifically to geneticists, scientists ended up changing the names of 27 human genes — such as MARCH1 — over roughly the course of a year and just published new naming guidelines.

Excel can be particularly aggressive about automatically reformatting data. And since these errors need to be corrected twice — by the scientist conducting the research and again by anyone who loads the same data and accidentally triggers Excel to autoformat — some slip through the cracks. According to a 2016 study in the journal Genome Biology spotted by The Verge, about 20 percent of 3,597 genetics papers contained Excel errors.

"It's really, really annoying," Quadrams Institute biologist Dezső Módos told The Verge. "It's a widespread tool and if you are a bit computationally illiterate you will use it. During my PhD studies I did as well!"

With the new guidelines in hand, scientists should hopefully be able to avoid naming new genes anything that might trip up Excel. For instance, MARCH1 is now MARCHF1, and SEPT1 is now SEPTIN1.

Thankfully, the changes were welcomed by annoyed geneticists, The Verge reports, so hopefully the scourge of overeager spreadsheet software will finally be lifted from the field.

More on genes: "Like Horoscope Readings!": The Scammy World of DNA Test Startups