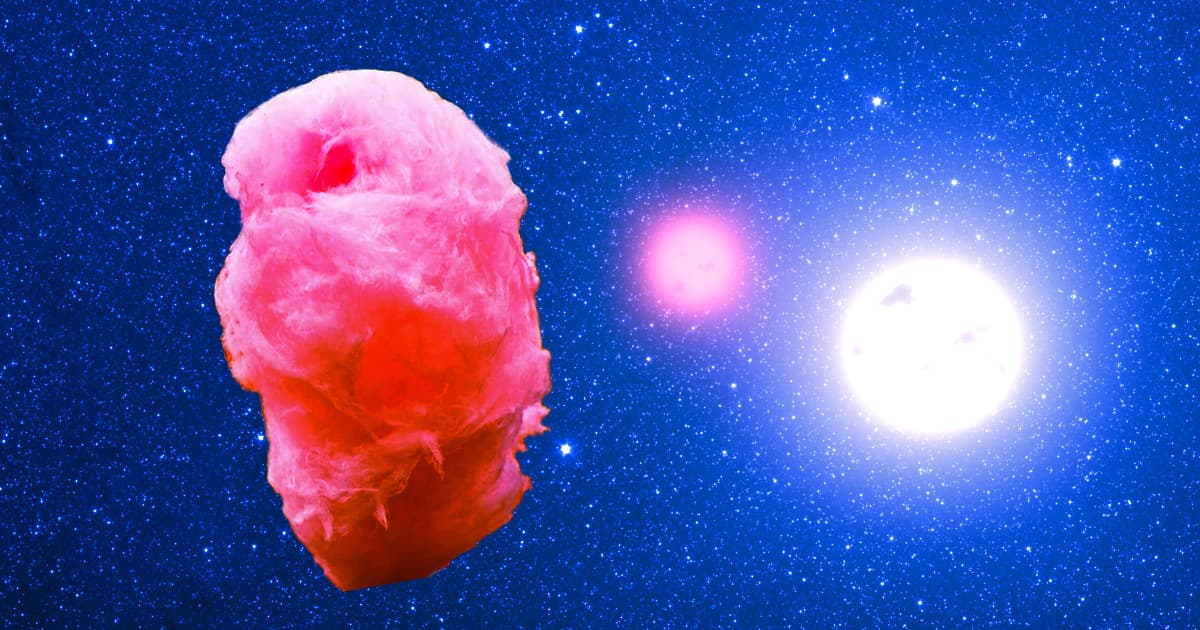 These Rare Exoplanets Have the "Density of Cotton Candy"

The class of exoplanet is actually called — get this — a "super-puff."

The class of exoplanet is actually called — get this — a "super-puff."

In case you needed more evidence that the universe is infinitely baffling, scientists just revealed new information about a bizarre type of exoplanet so light that they have roughly the same density as cotton candy.

The ultra-light worlds have been nicknamed "super-puffs" by the scientists analyzing them, according to a European Space Agency press release, invoking their Kirby-esque fluffiness — and new data from the Hubble Space Telescope suggests how they might have formed.

Scientists first spotted the gassy puff balls earlier this decade — NASA identified them in the Kepler 51 system in 2012, and astronomers realized how unusually light they are two years later, according to the release.

To clarify, the three exoplanets are about as big as Jupiter, but have about one-hundredth the mass of the gas giant.

Using Hubble, astronomers hoped to scan the super-puffs' atmospheres for water. But they didn't find any, in part because a massive layer of clouds prevented them from looking any deeper.

"This was completely unexpected," University of Colorado, Boulder researcher Jessica Libby-Roberts said in the release. "We had planned on observing large water absorption features, but they just weren't there. We were clouded out!"

But that won't be the case for long — the researchers suspect that the exoplanets accumulated their atmospheres before moving closer to their star, which will likely burn it all away in the coming eons.

More on bizarre exoplanets: Newly Discovered Exoplanet is "Unlike Any Other"