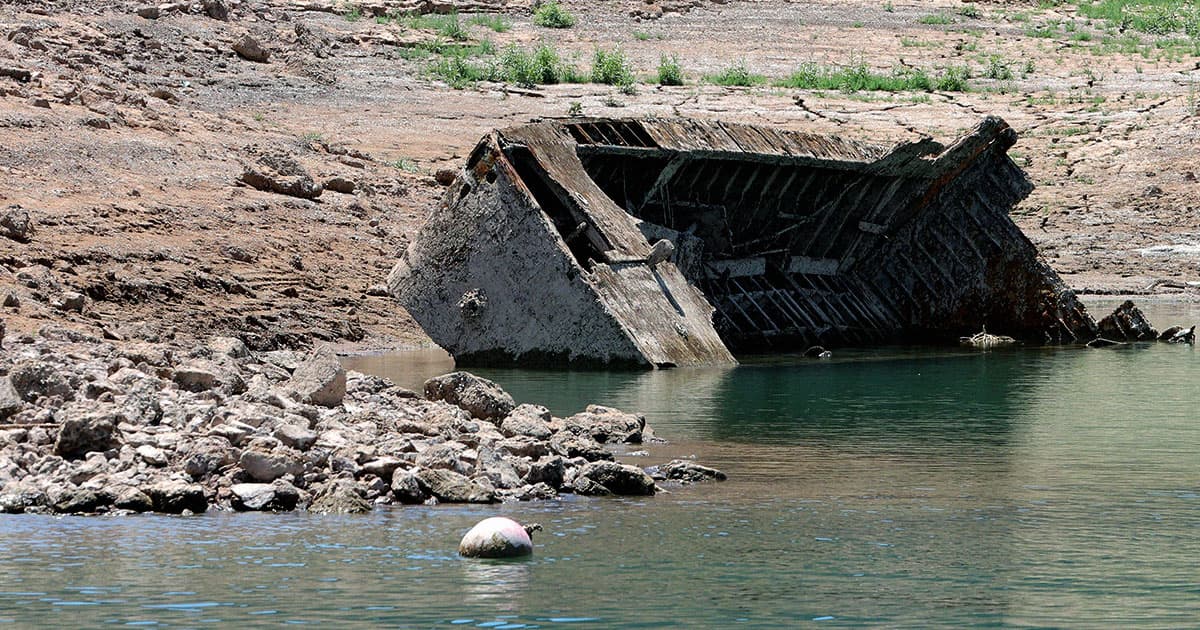 They just uncovered the fourth set of remains since May.

They just uncovered the fourth set of remains since May.

On Saturday, park rangers came across yet another set of human remains in Lake Mead's shrinking waters, NPR reports. The investigation is still ongoing, and no cause of death has been released.

This is the fourth grisly discovery of the like since May, when boaters discovered a human body stashed inside a barrel — likely a homicide victim, according to officials — in an area where water had fully receded.

Just a few days after the body was found, a different skeleton was recovered by paddle boarding sisters, while a third body was discovered in July.

And as Nevada's longtime drought, aggravated by climate change, has shown no sign of stopping, it's fair to say that even more remains could soon be unearthed.

Lake Mead is massively important to the American Southwest as millions of people across several desert states rely on it as their main source of water.

The ongoing drought, however, has decimated the waterbody to record lows. According to NASA, Lake Mead has officially reached its lowest water levels since the 1930s, currently retaining just 27 percent of its water capacity.

The lake isn't the only major source of water in the area that's quite literally drying up. Utah's Great Salt Lake has also reached troubling lows, which could have devastating environmental repercussions.

If the plight of these once magnificent lakes says anything, it's that climate change, if left unchecked, is coming for us all. And, evidently, that's especially true for anyone who's dumped a dead body into Lake Mead.

READ MORE: A fourth set of human remains is found at Lake Mead as the water level keeps dropping [NPR]