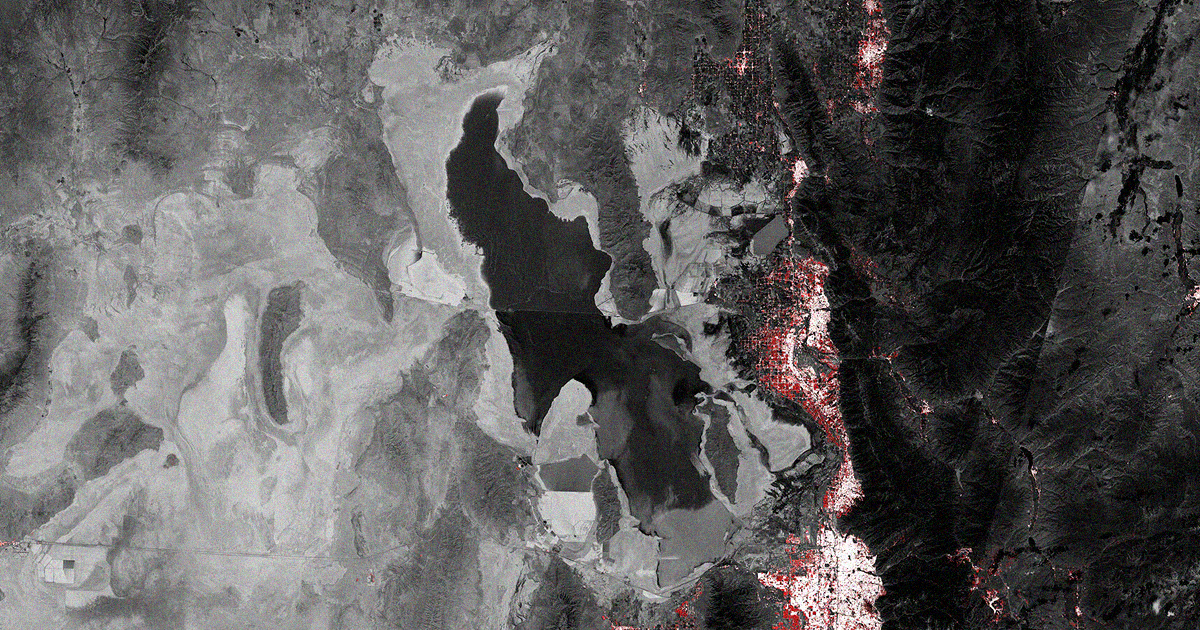 "It’s clear the lake is in trouble."

"It’s clear the lake is in trouble."

The once mighty Great Salt Lake in Utah is now at its lowest level since records began in 1847, sitting at a measly 4,190 ft above sea level — that’s almost ten feet lower than the original recorded level, according to the US Geological Survey.

This is what the lake looked like from space back in 1985.

The US Geological Survey's data also indicates that the lake contains barely one-fourth the volume of water it had at its 1987 high point. That’s a shocking loss of volume.

"This is not the type of record we like to break," said Utah Department of Natural Resources executive director Joel Ferry, in a statement. "Urgent action is needed to help protect and preserve this critical resource. It’s clear the lake is in trouble."

So why is this all happening? As The New York Times explains, hotter temperatures due to climate change mean snow from the nearby mountains gets evaporated straight into vapor that gets lost to the atmosphere — instead of melting and replenishing the lake below every year.

It's a vicious cycle. All of this is exacerbated by a greater demand for water thanks to those higher temperatures, in addition to a rapidly growing population in the state.

The water loss alone has damning ecological ramifications — but if any more of the bed is exposed, deadly arsenic laying at the bottom could be swept up by winds and descend on population centers in a deadly miasma.

The Great Salt Lake isn't the only major lake to experience a harrowing decline in recent years: in Nevada, Lake Mead's level has continued to plummet and sits at its lowest level since 1937, uncovering grisly secrets.

It's a fate that could be shared by lakes worldwide as more megadroughts are likely on the horizon, a grim forecast of what's still to come.