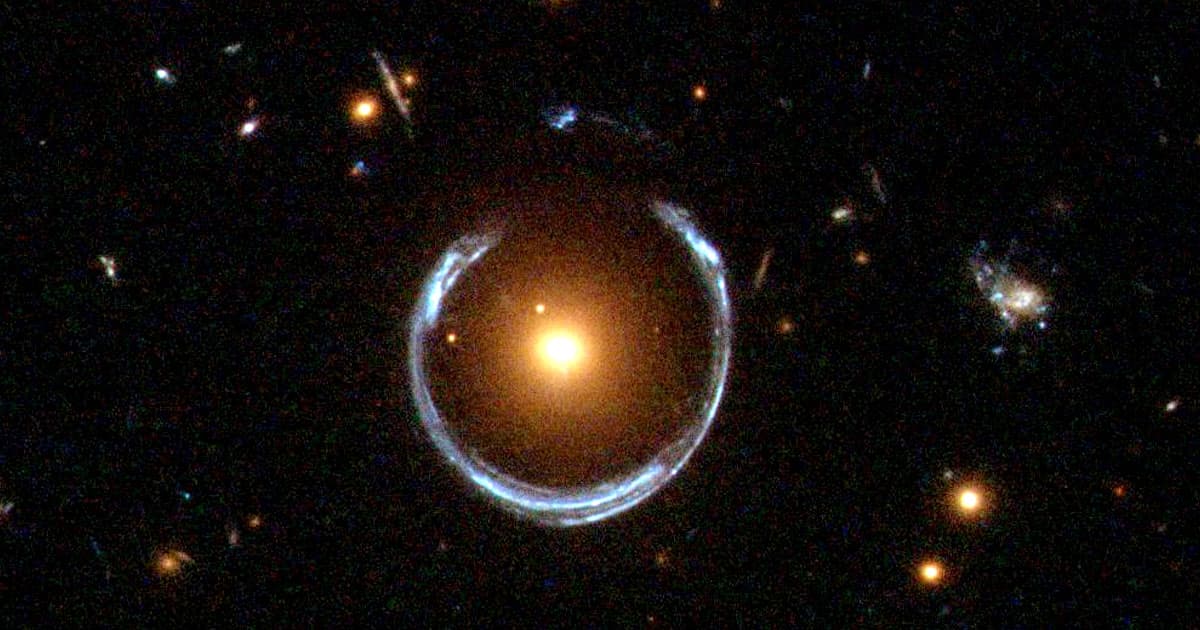 This Quasar Warps Itself Into a Ring by Distorting Spacetime

This is a mind-bender.

This is a mind-bender.

While they were waiting out the pandemic lockdown, a team of astronomers revisited a pivotal discovery from the 1980s and walked away with new tools that could help them uncover the secrets of dark matter.

In 1987, scientists directly observed an Einstein ring — a distant celestial object that appears to be a circle because of the way it warps spacetime and light around it — for the first time. But critical information about the ring, formed by the quasar MG 1131+0456, was missing, according to Ars Technica. And by filling in the gaps, the unusual ring could be a powerful resource for studying the universe.

The team was able to dig back through public data collected over the years by NASA and various observatories in order to analyze the quasar, which has largely been neglected its discovery. In doing so, they were able to finally measure the ring's distance from Earth — 10 billion lightyears — according to research published last week in The Astrophysical Journal Letters.

"As we dug deeper, we were surprised that such a famous and bright source never had a distance measured for it," NASA researcher Daniel Stern said in a press release. "Having a distance is a necessary first step for all sorts of additional studies, such as using the lens as a tool to measure the expansion history of the universe and as a probe for dark matter."

More on Einstein rings: For the First Time, Physicists Accelerated Light Beams in Curved Space in the Lab