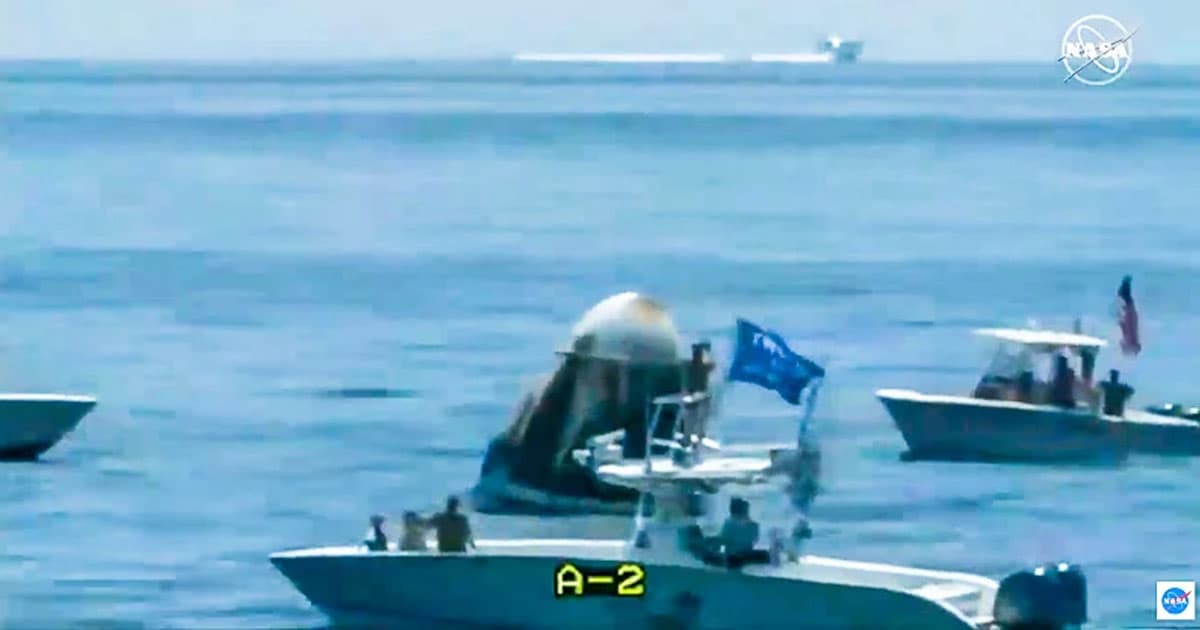 Another Day in Florida

"This lack of regard for safety is something that the Coast Guard takes very seriously."

"This lack of regard for safety is something that the Coast Guard takes very seriously."

After NASA astronauts Bob Behnken and Doug Hurley splashed down in the Gulf of Mexico yesterday afternoon, more than a dozen private boats came up right to the capsule to welcome the two astronauts back home, The New York Times reports.

But there was one issue: those boats weren't supposed to be there. The NASA and SpaceX recovery teams at the location had to instruct boats to stay clear — and luckily they cooperated.

"I think all of America was very anxious to see the capsule land in the water, but yeah, it’s something we need to do better next time," NASA administrator Jim Bridenstine said during a news conference following the splashdown.

The Coast Guard had also sent out notices to stay clear of the area several hours prior to the landing, but unfortunately, they technically had no "formal authority to establish zones that would stop boaters from entering the area," as a Coast Guard spokesman told the Times.

"This lack of regard for safety is something that the Coast Guard takes very seriously," he added, referring to the private boaters.

SpaceX has announced it's planning to send more Coast Guards out next time. "What’s important is that Bob and Doug got safely on the boat," Gwynne Shotwell, president and chief operating officer of SpaceX, said during the Sunday news conference.

More on the splashdown: Mission Accomplished: SpaceX Crew Dragon Splashes Down in Atlantic