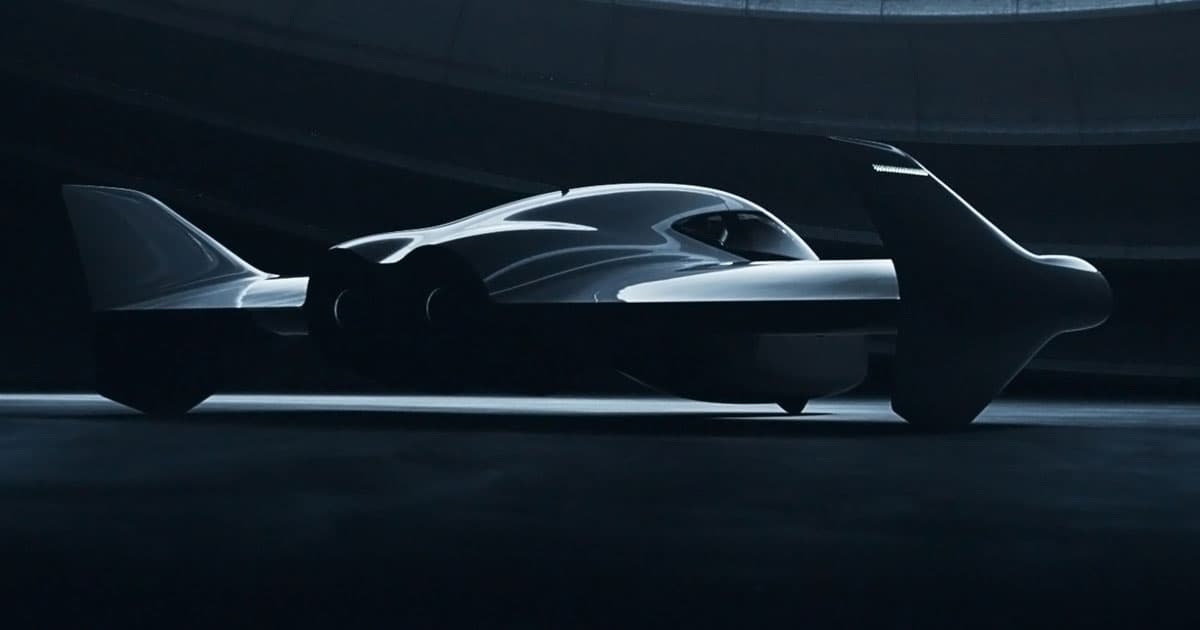 Porsche and Boeing Want to Build This Sexy Flying Car Together

This luxurious aircraft is aimed at the richest of the rich.

This luxurious aircraft is aimed at the richest of the rich.

German carmaker Porsche is teaming up with aerospace giant Boeing to build a resplendent flying car — a speedy and elegant way for the ultra-wealthy to glide over frustrated peasants stuck in road traffic below.

"Porsche is looking to enhance its scope as a sports car manufacturer by becoming a leading brand for premium mobility," said Porsche exec Detlev von Platen in a press release. "In the longer term, this could mean moving into the third dimension of travel."

According to Boeing NeXt executive Steve Nordlund, the partnership will provide "an opportunity to investigate the development of a premium urban air mobility vehicle with a leading automotive brand." Emphasis on premium — this isn't going to be an aircraft for the average Joe.

Fittingly, the renders are gorgeous, with sleek accented lines that seemingly are inspired by Porsche's iconic car designs.

Neither Boeing nor Porsche are the first companies to try for the elusive flying car market.

READ MORE: Porsche teams up with Boeing to build flying cars for rich people [The Verge]

Air Ferry
Paris Will Use Electric Flying Cars to Get Passengers to the Olympics
11. 27. 21
Read More
Plane Nonsense
Experts Don't Know Why Boeing 777 Doused Children With Jet Fuel
1. 16. 20
Read More
Message Received
Boeing's Deadly 737 Max "Designed by Clowns," Wrote Employee
1. 10. 20
Read More
+Social+Newsletter
TopicsAbout UsContact Us
Copyright ©, Camden Media Inc All Rights Reserved. See our User Agreement, Privacy Policy and Data Use Policy. The material on this site may not be reproduced, distributed, transmitted, cached or otherwise used, except with prior written permission of Futurism. Articles may contain affiliate links which enable us to share in the revenue of any purchases made.
Fonts by Typekit and Monotype.