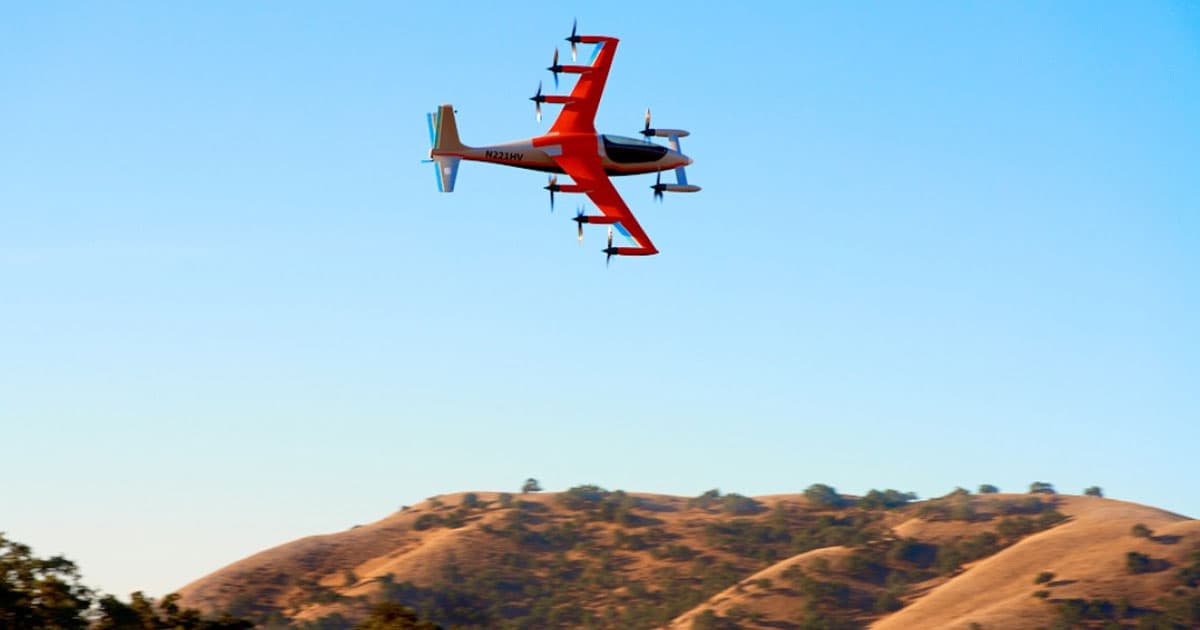 It makes less noise than your average dishwasher.

It makes less noise than your average dishwasher.

Flying car startup Kitty Hawk has revealed its third electric aircraft — and it can cover 160 kilometers (100 miles) while making almost no noise at all.

Project Heaviside is a high-performance, single-seater aircraft that's capable of vertical take off and landing (VTOL), according to Kitty Hawk's website. The company claims the craft's electric propulsion system, tiny proportions, and aerodynamic shape make it "roughly 100 times quieter than a regular helicopter."

Not on the Heaviside

While airborne, the Heaviside emits a mere 38 decibels — making it as loud as a library or babbling brook. For comparison, a helicopter at the same altitude gives out closer to 80 decibels, about as much sound as a passing truck.

According to Kitty Hawk, the VTOL can cover the 88 kilometers (55 miles) between San Jose and San Francisco in only 15 minutes while using "less than half the energy of a car." In a car, the commute takes closer to an hour.

The Heaviside is an impressive leap forward for Kitty Hawk, which is backed by Google co-founder Larry Page.

However,  the fact that the aircraft can only fit a single pilot is arguably a pretty severe limitation, suggesting that a future in which we all commute to work in personal flying taxis is still a number of years out.