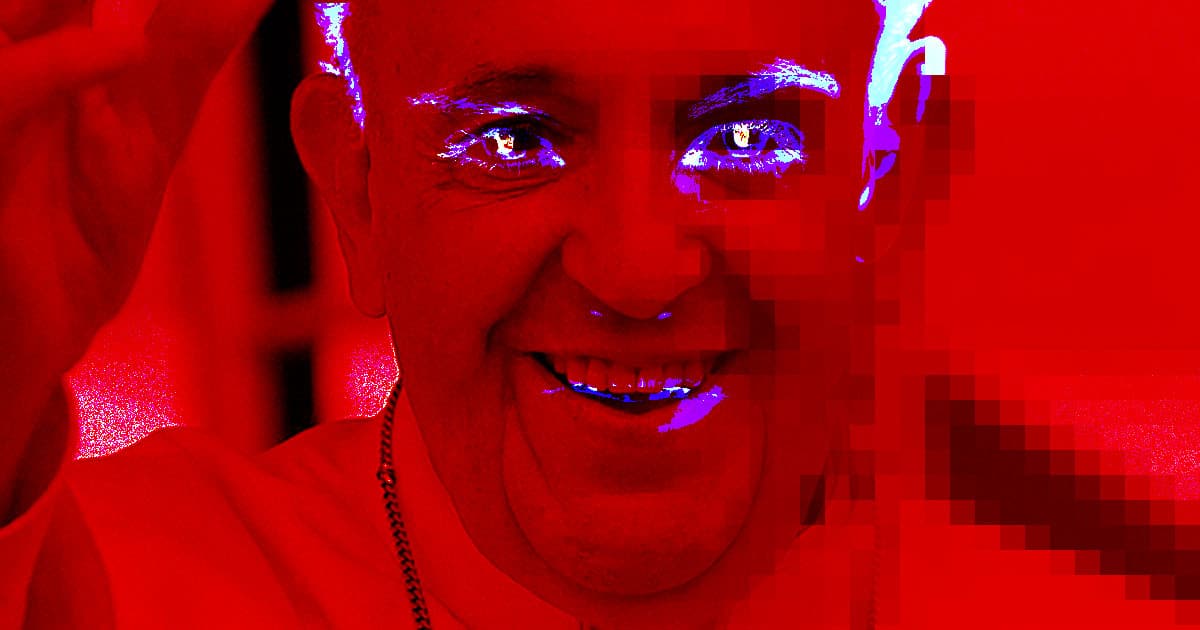 The Pope Says AI Could Lead Humanity to "Barbarism"

Next up: some divine intervention.

Next up: some divine intervention.

At a conference at the Vatican last week, Pope Francis warned a group of Silicon Valley execs that in the wrong hands, artificial intelligence could have devastating consequences for humanity.

"If mankind's so-called technological progress were to become an enemy of the common good, this would lead to an unfortunate regression to a form of barbarism dictated by the law of the strongest," he said, according to Reuters.

The development of advanced AI can "raise increasingly significant implications in all areas of human activity," the Pope said. He also called for "open and concrete discussions" to develop "both theoretical and practical moral principles."

The conference also grappled with the March 2019 attacks in Christchurch, New Zealand, and how social media platforms helped spread footage taken during the shootings, according to TIME. In fact, NBC reported earlier this month that videos of the attack were still circulating on Facebook months later, suggesting the company's efforts — including the use of special AI tools – were not enough to contain the footage online.

Holy Ghost in the Machine

Executives attending the conference represented tech megacorporations including Facebook, LinkedIn, and Mozilla. A number of bishops and academics joined as well.

It's not the first time the Pope has met with tech executives to discuss the ethics of AI. In February, he met with the president of Microsoft, Brad Smith, to discuss how AI could be used to help alleviate global inequality rather than make it worse.

More on the Pope: Pope to Oil Execs: “Energy Use Must Not Destroy Civilization”