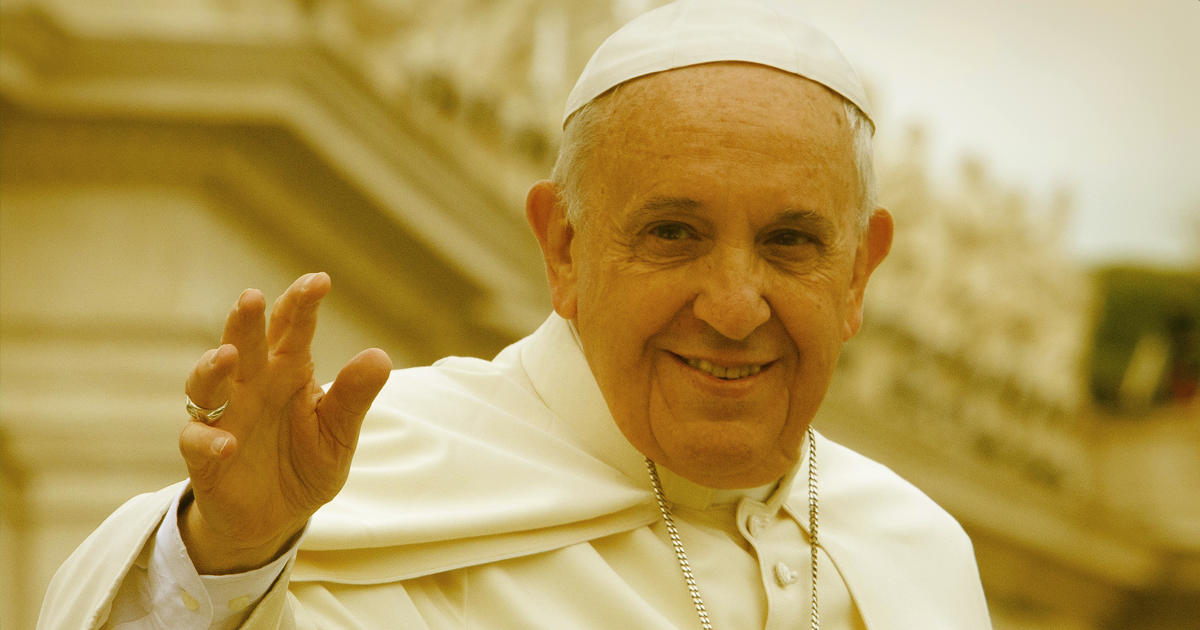 Pope to Oil Execs: "Energy Use Must Not Destroy Civilization"

We need to avoid "perpetrating a brutal act of injustice" against future generations.

We need to avoid "perpetrating a brutal act of injustice" against future generations.

During a closed-doors audience at the Vatican, Pope Francis told a number of oil executives that they need to find an energy solution that doesn't sacrifice the environment — in order to avoid "perpetrating a brutal act of injustice" against future generations.

"Civilization requires energy, but energy use must not destroy civilization," the Pope told the executives, as quoted by the BBC.

What's needed is a "radical energy transition" that includes a "carbon pricing regime" to bolster the prospects for green energy, the Pope reportedly told execs from ExxonMobil, BP, Chevron and other energy giants.

In a joint statement, the executives argued that governments should set pricing regimes to keep business going and encourage investment, while "minimizing the costs to vulnerable communities and supporting economic growth," as the Associated Press reports.

"It’s clear we have to change pace. Progress has been insufficient and the emissions continue to grow," wrote energy company Eni CEO Claudio Descalzi in a statement, as quoted by AP.

More on the Pope: Microsoft's President Met With the Pope to Talk About Ethical AI