Microsoft's President Met With the Pope to Talk About Ethical AI

The Vatican wants to make sure AI serves humanity. 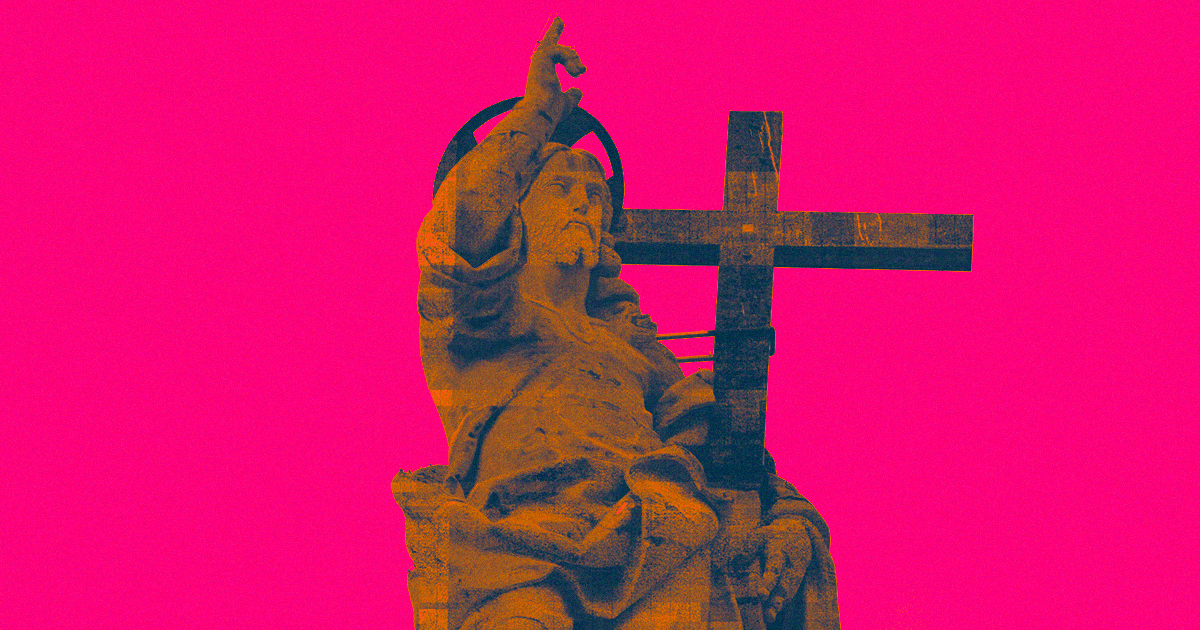 Pope Francis met with the president of Microsoft, Brad Smith, on Wednesday for a closed-doors meeting about the future of artificial intelligence.

When they emerged, they announced a joint mission to help promote the development of responsible, ethical AI that helps rather than exploits people, according to The Seattle Times, demonstrating that the possible risks of AI technology is a hot topic even at the Vatican.

Smith and Francis discussed how artificial intelligence could help alleviate global inequality rather than exacerbate it, according to Reuters.

Artificial intelligence stands to generate vast wealth for the corporations and countries that develop it, but in doing so they could leave the rest of the world behind.

The duo announced that they would jointly sponsor a prize for AI researchers working to develop ethical, responsible AI tech. The winner will be someone who presented a doctoral thesis on artificial intelligence tech that stands to benefit the common good, The Seattle Times reports.

The $6,900 prize and an invitation to Microsoft’s office in Seattle is paltry compared to what the two could have offered up, but the contest still represents an increasingly public drive to make sure that AI is developed with the needs of humanity in mind.

Read This Next
Magic Avatars
There's a Problem With That AI Portrait App: It Can Undress People Without Their Consent
MSNBS
MSN Deletes Fake News About Mermaids and Bigfoot, Runs New Story About Haunted Ventriloquist Dummy
Much Appreciated
OpenAI's New AI Offers Detailed Instructions on How to Shoplift
Shooting Feet
After Saying He Wanted an Open Algorithm, Elon Musk Just Fired the Twitter Team Responsible for Doing Just That
Leader Lars
New European Political Party Is Led by an Artificial Intelligence
More on Artificial Intelligence
ChatGPT Racism
Yesterday on the byte
ChatGPT's Recommendations for Airport Security Are Shockingly Racist
Kiss, We Will
Tuesday on the byte
AI Has Finally Gone Too Far With This Horrifying Sex Scene Between Yoda and Chewbacca
AI Professor
Monday on the byte
Professors Alarmed by New AI That Writes Essays About as Well as Dumb Undergrads
READ MORE STORIES ABOUT / Artificial Intelligence
Keep up.
Subscribe to our daily newsletter to keep in touch with the subjects shaping our future.
+Social+Newsletter
TopicsAbout UsContact Us
Copyright ©, Camden Media Inc All Rights Reserved. See our User Agreement, Privacy Policy and Data Use Policy. The material on this site may not be reproduced, distributed, transmitted, cached or otherwise used, except with prior written permission of Futurism. Articles may contain affiliate links which enable us to share in the revenue of any purchases made.
Fonts by Typekit and Monotype.