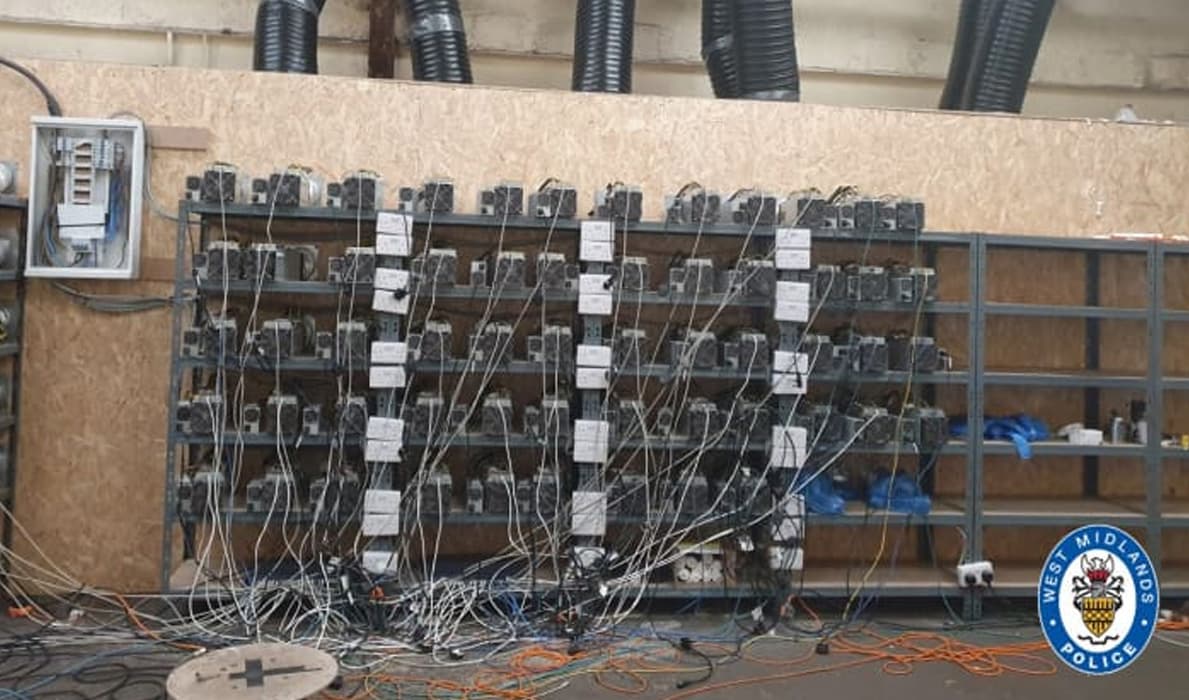 It's a shockingly easy mistake to make.

It's a shockingly easy mistake to make.

Police in the UK made a surprising miscalculation when they raided what they thought was an indoor pot farm.

Instead of weed plants growing under intense lamps, the cops say they found about 100 computers dedicated to mining Bitcoin, according to CNBC. Though weed is still illegal in the UK, it still seems like a decidedly 21st-century turn to see Bitcoin farms taking the place of indoor weed grows — both decidedly horrible practices as far as the environment is concerned.

The police raided the Bitcoin farm after spotting unusual ventilation and detecting excess heat coming from the building — often a hallmark sign that someone is running high-wattage lights for sunlight-hungry pot plants.

While Bitcoin isn't illegal, the police also say found that the miners were stealing electricity to compensate for the obscene energy cost of these professional setups, according to CNBC.

Bitcoin uses even more electricity than some entire countries, as mining computers strain to solve the math problems that allow them to mine more of the crypto. That's seemingly what created the huge amount of heat the UK police spotted.

The energy demand of Bitcoin mining rigs is no secret, but it recently became a hot button issue after Tesla CEO Elon Musk criticized the cryptocurrency's environmental impact and the automaker itself started to distance itself from Bitcoin — a sign of shifting perception of cryptocurrency's environmental risk, even among formerly die-hard advocates.

More on Bitcoin and the environment: New York May Ban All Bitcoin Mining

Good Neighbors
German Government Says It May Keep Nuclear Plant Open After All
7. 31. 22
Read More
Back Online
Japan May Need Nine Nuclear Reactors Turned On to Get Through Winter
7. 14. 22
Read More
Bitcoin Ban
Another Entire Country Just Banned Crypto Mining
1. 9. 22
Read More
+Social+Newsletter
TopicsAbout UsContact Us
Copyright ©, Camden Media Inc All Rights Reserved. See our User Agreement, Privacy Policy and Data Use Policy. The material on this site may not be reproduced, distributed, transmitted, cached or otherwise used, except with prior written permission of Futurism. Articles may contain affiliate links which enable us to share in the revenue of any purchases made.
Fonts by Typekit and Monotype.