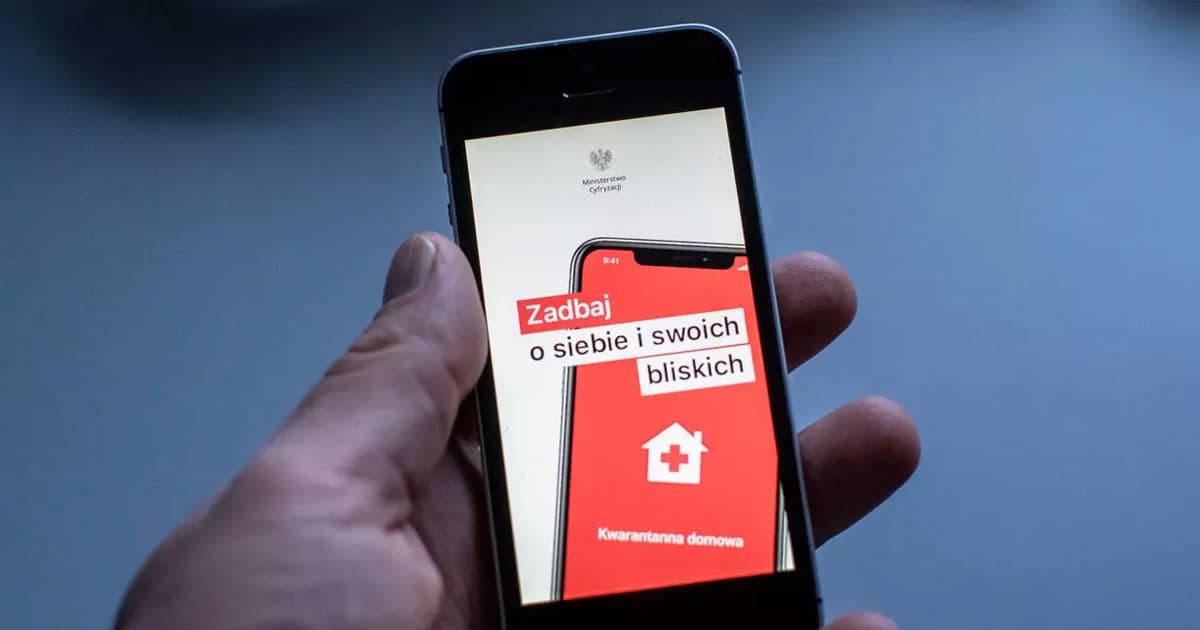 Poland Made an App to Make Sure Patients Stay in Quarantine

"People in quarantine have a choice: either receive unexpected visits from the police, or download this app."

"People in quarantine have a choice: either receive unexpected visits from the police, or download this app."

Poland released an app last week that requires people who have returned from traveling abroad to send selfies periodically, proving that they're safe indoors for the full mandatory 14-day quarantine, according to AFP.

If a selfie gets requested through the "Home Quarantine" app — the requests are randomly timed throughout the day — and 20 minutes elapse, the police are notified. Fines run anywhere between about $118 to $1,180 according to the local police force.

"People in quarantine have a choice: either receive unexpected visits from the police, or download this app," Karol Manys, Poland's digital ministry spokesman, told AFP.

All schools in Poland are shut until Easter and borders have closed to foreigners. According to the latest numbers, Poland has had 684 confirmed cases and eight deaths at press time.

More on the outbreak: Watch a Man Walk a Dog Using a Drone