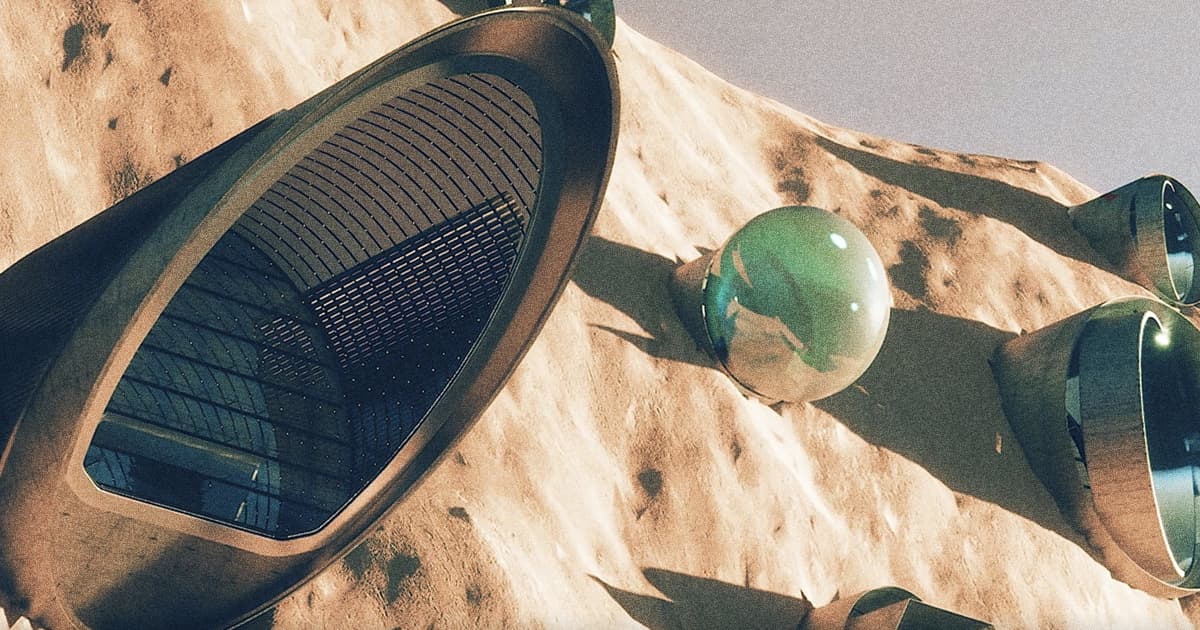 The architecture firm ABIBOO just released the plans for its — and perhaps the — first human city on Mars.

Nüwa City, as it's called, would house 250,000 people and be built into the side of a giant Martian cliff, according to ABIBOO's press release, where residents would get the benefit of sunlight access while also being protected from the deadly onslaught of cosmic radiation. And get hyped — ABIBOO predicts that construction will begin in 2054, and that the city will be ready for the first settlers by 2100.

While most of ABIBOO's renderings of Nüwa City are dedicated to room interiors that make it look like a luxury hotel, it's still an interesting, if immensely challenging, idea.

It's anyone's guess as to whether the 2100 timeframe is a reasonable assumption of when such a city might be possible, or if it's meant to be vaguely far off enough in the future for everyone to forget what might be a well-polished publicity stunt. But either way, ABIBOO did put some thought into how a Martian city might function and thrive.

The city plans reveal that the side of the cliff will be used for settlers' homes, while other dedicated areas in the direct sunlight will be used for agriculture, livestock, and energy production.

The ultimate goal is to make a self-sustaining civilization on the surface of Mars that weans itself off of supplies and shipments from Earth as soon as possible, though for now the details on how that will happen are a bit scarce.

Monkey Business
China Plans to Send Monkeys to Space Station to Have Sex With Each Other
Nov 3
Read More
Big Impact
Meteorite Hit Mars So Hard NASA Thought It Was a Quake
Oct 28
Read More
Overview Effect
William Shatner Says His Space Trip Left Him With a Feeling of Terrible Grief
Oct 11
Read More
+Social+Newsletter
TopicsAbout UsContact Us
Copyright ©, Camden Media Inc All Rights Reserved. See our User Agreement, Privacy Policy and Data Use Policy. The material on this site may not be reproduced, distributed, transmitted, cached or otherwise used, except with prior written permission of Futurism. Articles may contain affiliate links which enable us to share in the revenue of any purchases made.
Fonts by Typekit and Monotype.