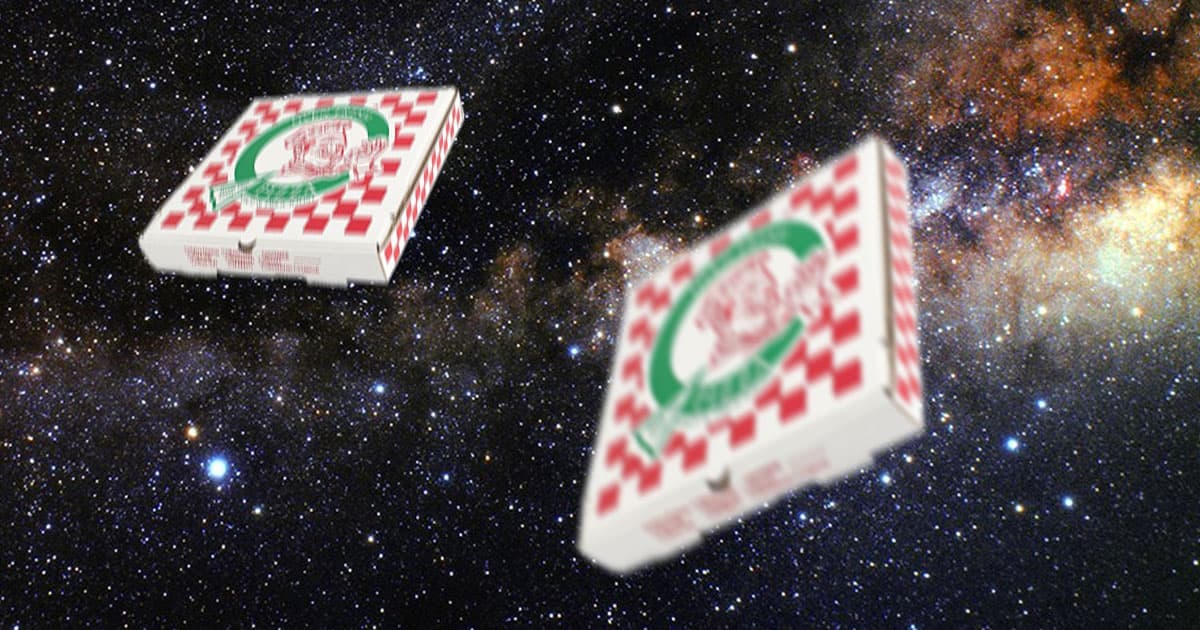 "Please stop polluting the universe with your dumb ideas."

"Please stop polluting the universe with your dumb ideas."

It's the circle of life: tech bros get millions to fund their overzealous startup, and people on Twitter mock their goofy and often impractical ideas.

The New York Times profile about the company's bold proposition — to shoot goods into space, store them indefinitely in orbital capsules, and then fire them back down to the planet below on demand — was torn apart on Twitter almost immediately after being published this week.

In the NYT interview, Inversion Space's youthful cofounders described applications of their company's wild idea ranging from sending artificially-fabricated human organs directly to operating rooms to getting a pizza from New York to San Francisco within just 45 minutes.

Online pundits, however, weren't impressed by the proposal.

"Unfortunately, I doubt that high-speed transcontinental pizza delivery is going to be the killer app for the space industry," Foust argued.

All said, these jibes are unlikely to harm Inversion Space in the short term, given the considerable amount of interest it's already raised among investors.

The company is hoping to kick off operations with a test launch in 2023 and operate at full capacity by 2025.

It's not the dumbest concept we've heard of to have raised significant amounts of money — but it's satisfying, nonetheless, to see people who are experts in their field bring startups like Inversion Space down a metaphorical notch.

And Beyond
How NASA Got Price Gouged on the SLS, According to Its Former Second-in-Command
Jul 5
Read More
Space Race
Startup Will Store Precious Artifacts in Vault Aboard the International Space Station
Jan 7
Read More
Can't Hardly Wait
Memers Rejoice and Troll as James Webb Space Telescope Allegedly Prepares For Liftoff
12. 23. 21
Read More
+Social+Newsletter
TopicsAbout UsContact Us
Copyright ©, Camden Media Inc All Rights Reserved. See our User Agreement, Privacy Policy and Data Use Policy. The material on this site may not be reproduced, distributed, transmitted, cached or otherwise used, except with prior written permission of Futurism. Articles may contain affiliate links which enable us to share in the revenue of any purchases made.
Fonts by Typekit and Monotype.