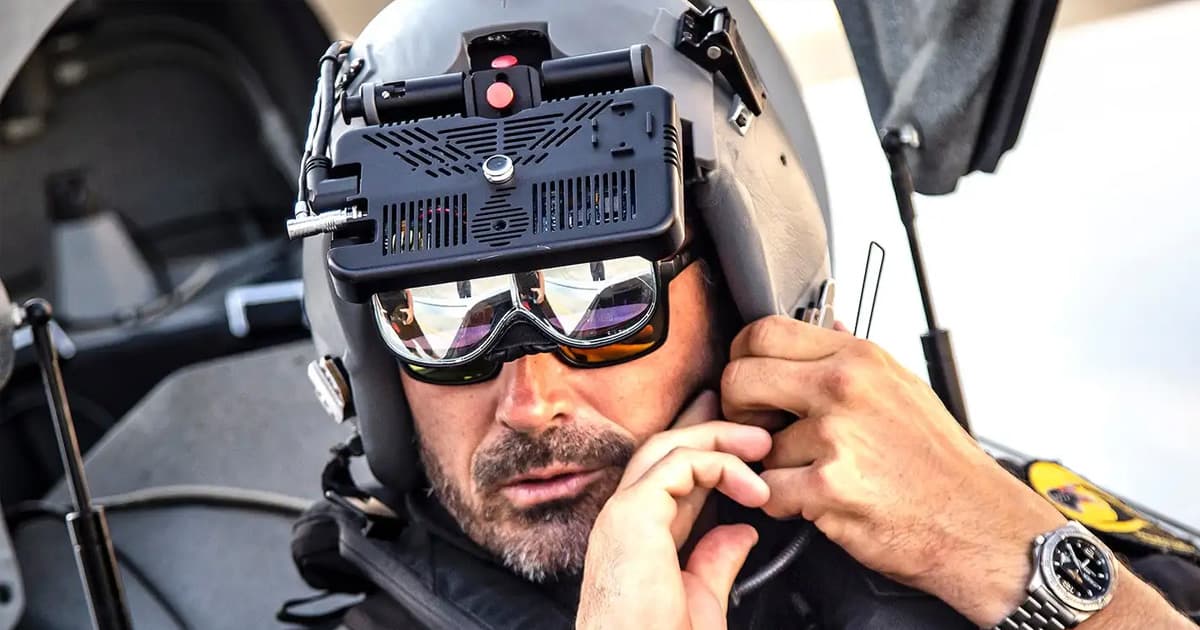 A human pilot flew an experimental aircraft while wearing an augmented reality headset — and used it to dogfight a virtual opponent.

A human pilot flew an experimental aircraft while wearing an augmented reality headset — and used it to dogfight a virtual opponent.

In a world’s first, a jet pilot flying inside a real aircraft just fought an artificial intelligence-powered virtual fighter jet in real time, The Drive reports.

The goal is to reduce the costs involved in training fighter jet pilots in air combat, according to The Drive. Currently, adversary aircraft have to get into the air alongside the jet in training.

“With this first-ever within-visual-range dogfight against an AI bandit, EpiSci’s Tactical AI demonstrated the ability to work on a real aircraft, with flight-ready hardware and sensors,” Chris Gentile, EpiSci’s vice president for tactical autonomous systems, told The Drive.

The simulation piped into the pilot’s augmented reality headset was created by air combat training system startup Red Six, which was founded by Robinson.

“Pilots of the future will need to be comfortable teaming with AI — and training is the ideal place to introduce this technology,” Gentile said.

During the finale of the program, a fighter jet AI was even able to defeat a human fighter pilot.

READ MORE: Pilot In A Real Aircraft Just Fought An AI-Driven Virtual Enemy Jet For The First Time [The Drive]

Health Sale
Remember IBM’s Amazing Watson AI? Now It’s Desperately Trying to Sell It Off
Jan 7
Read More
From Our Partners
Save on Science Toys And DIY Kits During This Pre-Black Friday Sale
11. 14. 21
Read More
From Our Partners
Augmented Reality Eyewear Is The Future, And It Is Not Too Far Off
10. 28. 21
Read More
+Social+Newsletter
TopicsAbout UsContact Us
Copyright ©, Camden Media Inc All Rights Reserved. See our User Agreement, Privacy Policy and Data Use Policy. The material on this site may not be reproduced, distributed, transmitted, cached or otherwise used, except with prior written permission of Futurism. Fonts by Typekit and Monotype.