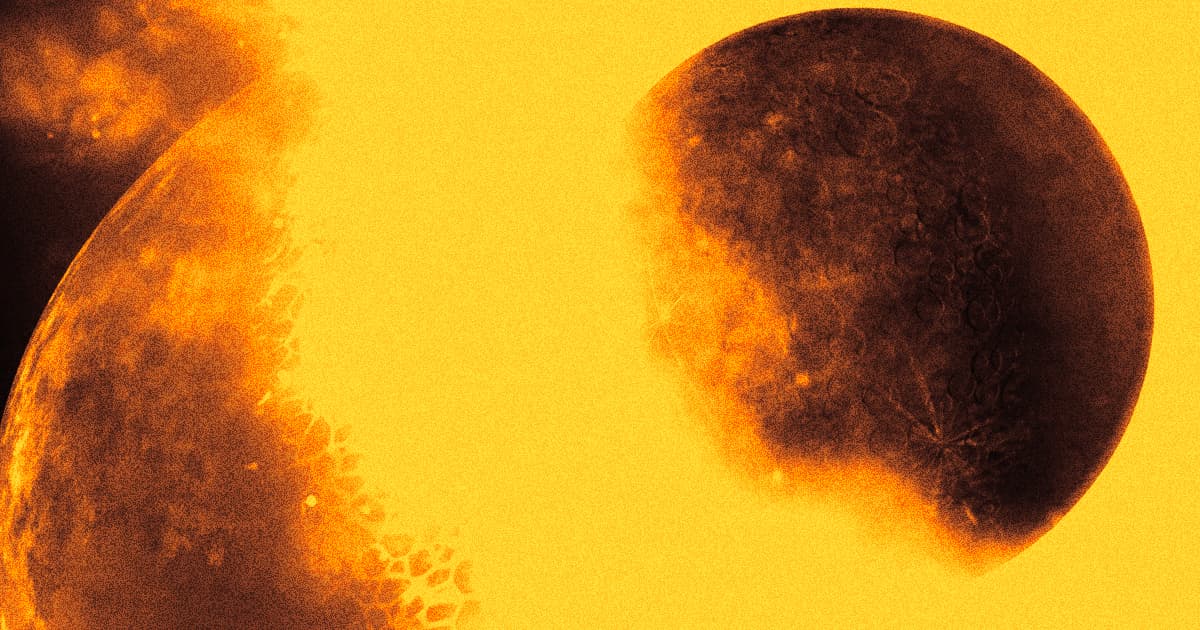 An ancient collision may have left giant chunks of another world buried beneath our feet.

An ancient collision may have left giant chunks of another world buried beneath our feet.

Roughly 4.5 billion years ago, an ancient protoplanet called Theia likely crashed into the Earth, sending shrapnel and debris into space and ultimately forming the Moon.

But the crash also likely left pieces of Theia buried beneath the Earth in the form of two incredibly huge blobs of rock and metal, according to research by Arizona State University scientists. Now, in a new interview with Insider, the lead scientist behind that research has clarified their utterly unfathomable scale.

The gargantuan masses are 621 miles tall and two to three times as wide, according to Yuan's research, scheduled to be published in the journal Geophysical Research Letters. And the rock isn't just sitting there — scientists have previously been able to study the blobs after their contents oozed up and out of Samoan and Icelandic volcanoes, according to Insider.

Studying that lava, according to Insider, is part of what led scientists to believe that the blobs are drastically different from the surrounding mantle, lending evidence to the idea they came from somewhere other than Earth.

If these underground blobs really are pieces of Theia, it would mean that Earth had a shockingly violent past. But it would also help explain where the Moon came from.

A "hit-and-run" theory of the Earth-Theia collision, Yuan told Insider, would say that the two planets glanced off each other and the pieces they flung into space eventually formed the Moon. Scientists have previously suggested there are pieces of Theia under the lunar surface, but the Moon's composition is highly similar to Earth. Given that and the incredible size of the blobs that got buried, it seems most of the ancient planet's surviving remains got stuck here instead.

More on Theia: There Appears to be a Huge Chunk of an Ancient Planet Buried Inside Earth