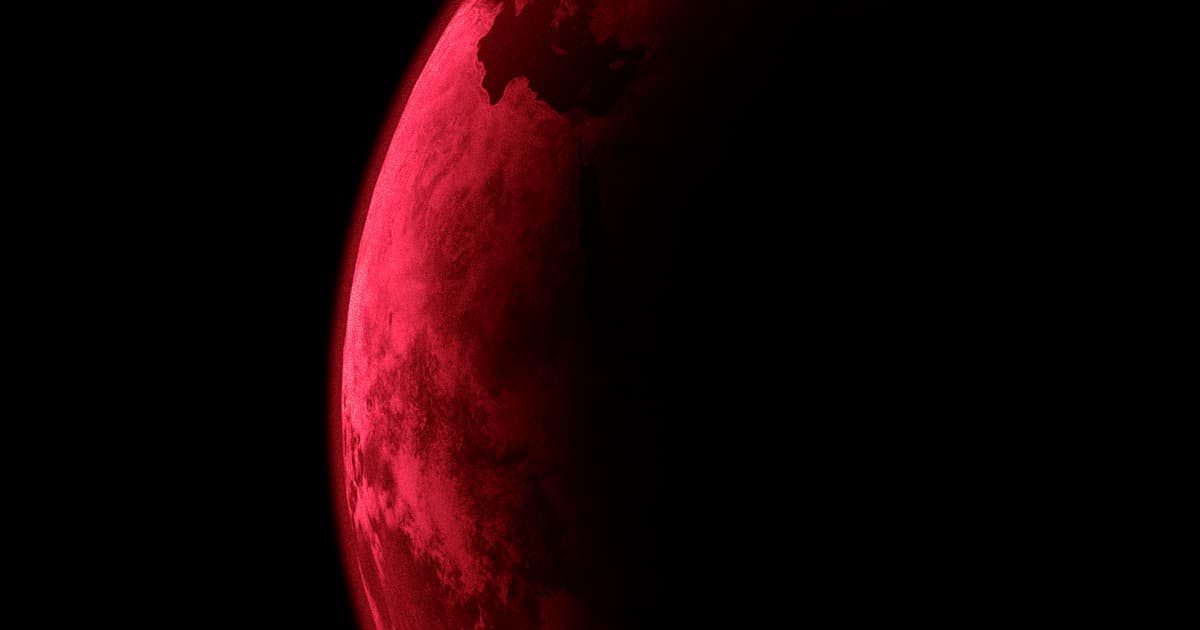 Theia's impact with the Earth created the Moon — and perhaps left some shrapnel behind.

Theia's impact with the Earth created the Moon — and perhaps left some shrapnel behind.

There are two gigantic blobs of dense material lurking in the lower depths of the Earth's mantle beneath West Africa and the Pacific Ocean. Thousands of miles wide, the blobs have been one of the planet's best-kept secrets — and baffled for scientists for decades.

Now, there's mounting evidence that the blobs might be remnant shards from an ancient protoplanet named Theia that crashed into the Earth around 4.5 billion years ago, Science Magazine reports. Scientists previously suspected there was a link between the blobs, formally known as large low-shear velocity provinces (LLSVPs), and the Moon, but most thought the LLSVPs were planetary scars from Theia's impact, not pieces of the alien world itself.

To be fair, this isn't the first time that scientists have speculated that the underground blobs were remnant shards of Theia, Science reports. But Qian Yuan, the Arizona State University graduate student who presented the idea at last week's Lunar and Planetary Science Conference, seems to have made the most compelling case yet.

"I think it’s completely viable until someone tells me it’s not," Arizona State seismologist Edward Garnero, who didn't work on the study, told Science.

The smoking gun in Yuan's work, as it were, is seismological evidence that the LLSVPs are chemically different from the rest of the mantle rock that surrounds them. That suggests that the blobs have extraterrestrial origins — and because they're six times more massive than the Moon, something as large as a protoplanet would have had to shear them off.

Even though the research remains somewhat speculative, seismologists emboldened by studies like Yuan's are increasingly convinced that other pieces of otherworldly shrapnel could also be hiding beneath the Earth's surface, according to Science. Uncovering them, they suspect, could help reveal that Earth's ancient past was far more violent than what we know so far.

READ MORE: Remains of impact that created the Moon may lie deep within Earth [Science Magazine]

More on the Earth's layers: Scientists: There's Something Lurking in the Center of the Earth's Core