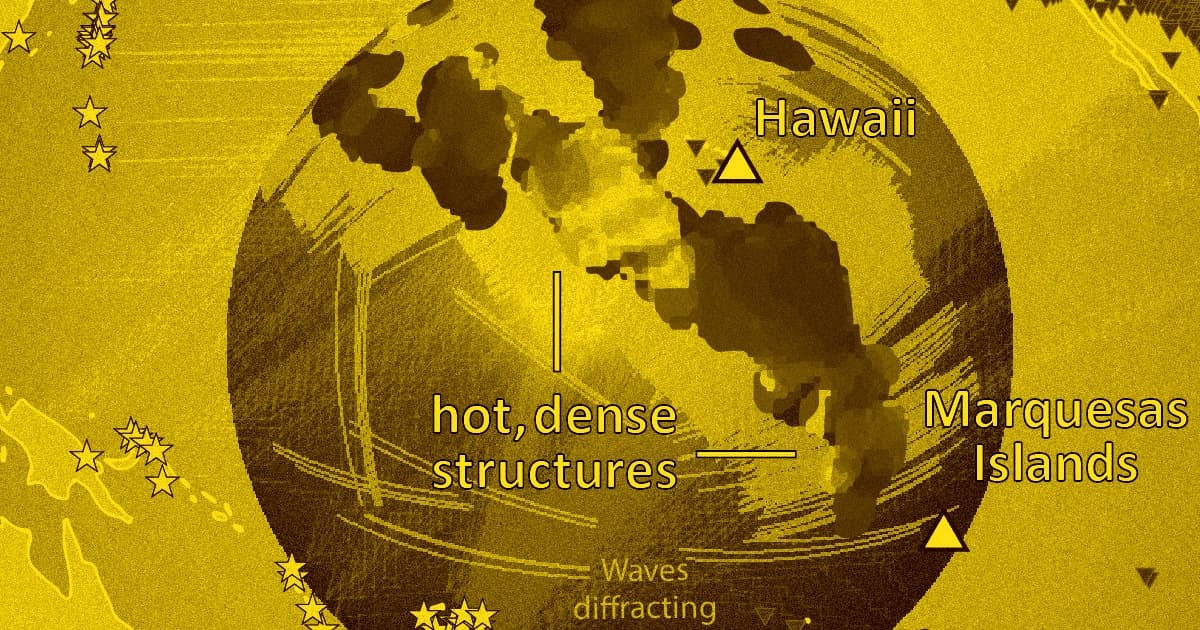 A team of researchers say they've used cutting-edge imaging techniques to discover huge, "unexpected" structures near the Earth's core — a startling reminder of how little we know about the interior of the planet where we live.

Vedran Lekić, an associate professor of geology at the University of Maryland who worked on the research, said in a statement that the "anomalous structures at the core-mantle boundary are much more widespread than previously thought."

According to a paper about the work published in the journal Science, Lekić's team used a machine learning algorithm called Sequencer to analyze seismic from hundreds of earthquakes, collected over decades, to map the inside of the Earth in unprecedented detail — a process they compared to the way bats use echolocation to map their environment.

The team still isn't sure what the large structure near the Earth's core are composed of, but they say they're likely a form of extremely dense, extremely hot rock.

The surprise finding revealed structures geologists didn't even suspect — and Lekić is hopeful the same technique will continue to shed light on more mysteries about the inside of our world.

"We were surprised to find such a big feature beneath the Marquesas Islands that we didn’t even know existed before," Lekić said. "This is really exciting, because it shows how the Sequencer algorithm can help us to contextualize seismogram data across the globe in a way we couldn’t before."

More on geology: Proof of a New Geological Epoch: Over 200 Minerals Have Been Created by Humans