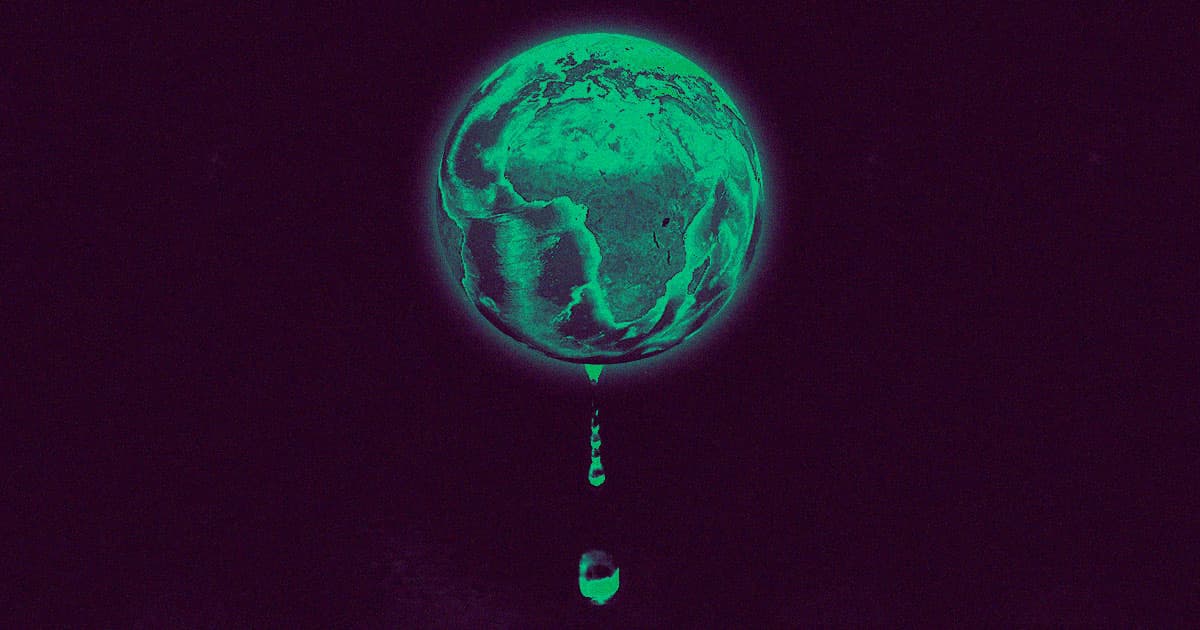 Remember that model of the Earth's layers — a big orb with clean divisions throughout — you learned about in high school? It turns out the reality of the situation is a whole lot messier.

The Earth's core has been leaking into other layers of the planet for the past 2.5 billion years, reports Live Science. It turns out that tungsten from the core has been filtering out into the mantle, occasionally even migrating farther out into the surface of the Earth's crust. Aside from revealing that the Earth has some bad plumbing, it's also the first indication that the inner layers of our planet swap materials.

A team of scientists from the U.S., Canada, France, and Australia found that the ratio of tungsten and hafnium found in minerals from the core and mantle have shifted by 200 parts per million, according to research published last month in the journal Geochemical Perspective Letters last month.

The scientists aren't sure why the core is leaking, per Live Science, though in an essay published in The Conversation last week the researchers suggested two possible explanations related to plate tectonics or changes that occurred as the Earth initially formed.

As they explore the phenomenon, the scientists wrote in The Conversation that their "our new results could tell us something about the evolution of the core, including the origin of Earth's magnetic field."

More on planetary plumbing: New Research: The Oceans Are Slowly Leaking Into the Earth