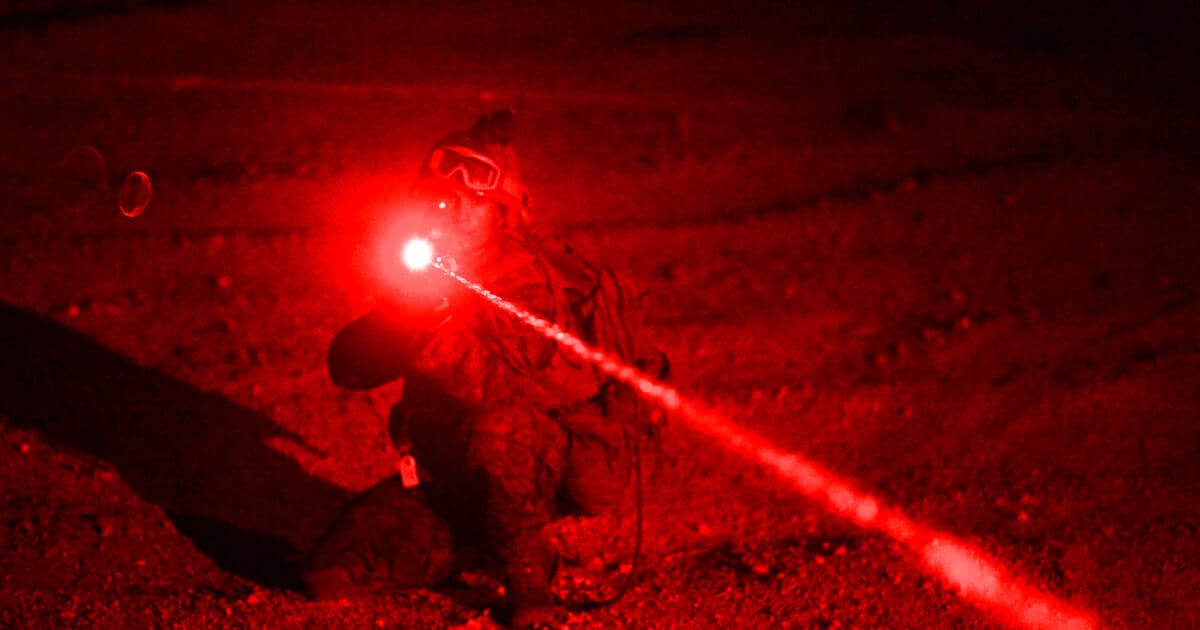 The U.S. Military wants to make you hear voices.

The U.S. Military wants to make you hear voices.

The Pentagon is working on a weapon that uses lasers and plasma to transmit sound files, even human speech, directly to individual people at great distances.

That's according to a story by the Military Times newspaper, which reports that military researchers are working on ways to use lasers and plasma to control crowds. The story is short on technical details — but, at the same time, a troubling glimpse of the military's desire to control people using next-gen tech.

It's not clear how the tech works.

And for now, the Military Times reports that the Pentagon's scientists haven't yet built a speech-transmitting laser capable of passing through a wall — though officials believe it could be ready to deploy in as little as five years.

But, as the tech progresses, Live Science reports that the lasers could be beamed down from military planes or other vehicles to issue instructions or disperse crowds of protestors or otherwise disgruntled people in the area.

"Now I can put it anywhere. Range doesn’t make any difference," chief scientist Dave Law told Military Times. "Put plasma at a target, modulate it and it can create a voice."

More on brain lasers: MIT Used a Laser to Transmit Audio Directly Into a Person's Ear