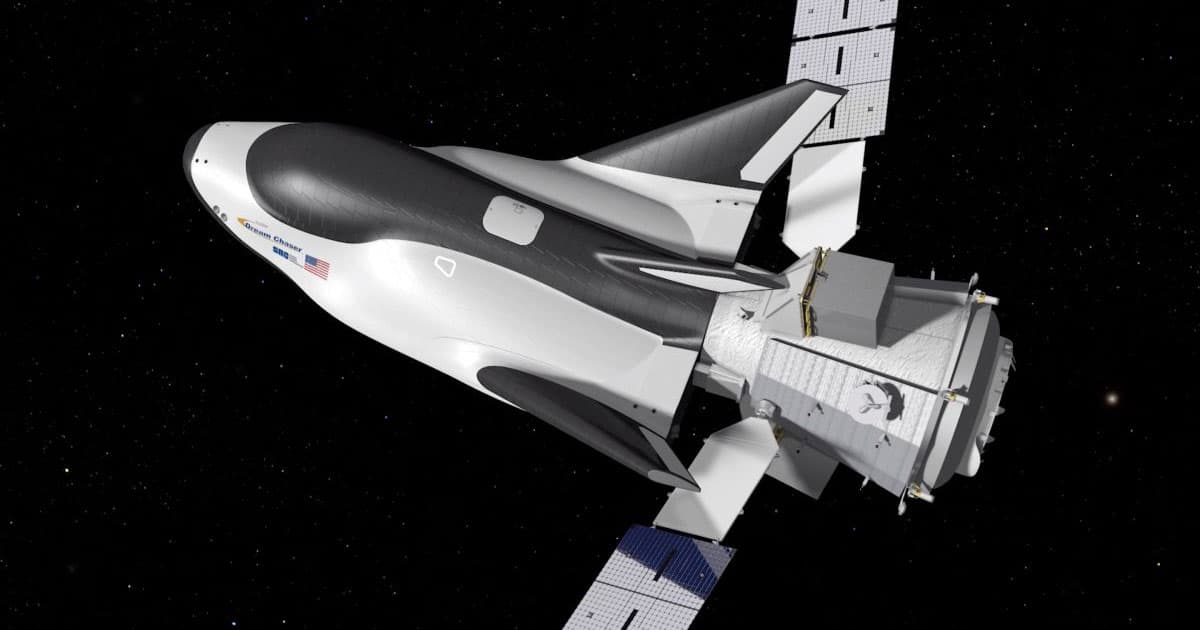 Wish Upon a Militarized Shooting Star

The Pentagon Is Quietly Working on a Military Space Station Outpost

"The possible applications for Shooting Star are really endless."

"The possible applications for Shooting Star are really endless."

The Department of Defense has quietly awarded a contract for the Sierra Nevada Corporation to turn its Shooting Star cargo spacecraft into a small experimental space station, The Drive reports.

The defense contractor has been developing the spacecraft since 2016 as a way to resupply the International Space Station under NASA's Commercial Resupply Services program.

The company is hoping to turn the Shooting Star into a small space station meant for "space assembly, microgravity, experimentation, logistics, manufacturing, training, test and evaluation," according to a press release.

The company is already looking at sending such a space station to orbits far beyond the ISS, including geosynchronous Earth orbits, and even cislunar orbits.

"We are proud to offer our transport vehicle to DoD as a free-flying destination for experimentation and testing, expanding beyond its current payload service capabilities for Dream Chaser cargo missions," said senior vice president of strategy for SNC’s Space Systems Steve Lindsey.

While initial Shooting Star capsules will be unmanned, The Drive suggests the Pentagon may be interested in moving on using it as a manned outpost as well.

READ MORE: The Pentagon Moves To Launch Its Own Experimental Mini Space Station [The Drive]

More on Shooting Star: NASA Will Test Beautiful Spaceship That Looks Like the Space Shuttle

A New Space-Taxi: Sierra Nevada Joins SpaceX and Orbital ATK to Resupply Space Station
1. 18. 16
Read More
The Dream Chaser Space Plane Will Begin Flight Tests in 2016
12. 8. 15
Read More
CHON: Legacy
James Webb Discovers Coldest Ice in Known Universe, Harboring Molecules Essential For Life
3:19 PM
Read More
+Social+Newsletter
TopicsAbout UsContact Us
Copyright ©, Camden Media Inc All Rights Reserved. See our User Agreement, Privacy Policy and Data Use Policy. The material on this site may not be reproduced, distributed, transmitted, cached or otherwise used, except with prior written permission of Futurism. Articles may contain affiliate links which enable us to share in the revenue of any purchases made.
Fonts by Typekit and Monotype.