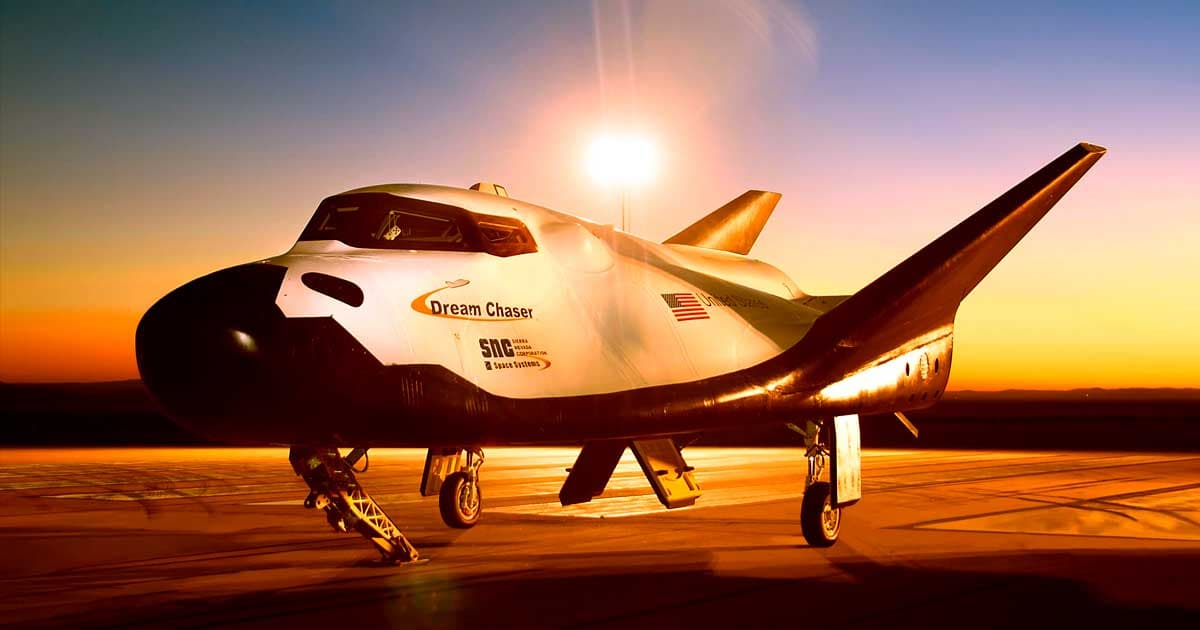 NASA Will Test Beautiful Spaceship That Looks Like Space Shuttle

Space company Sierra Nevada Corporation (SNC) is developing the "Dream Chaser," a sleek reusable spacecraft that's meant to shuttle cargo to and from the International Space Station and beyond — and it looks like a sleek version of the space agency's classic Space Shuttle.

A test version of the spacecraft's 15-foot cargo module, called "Shooting Star," is already on its way to NASA's Kennedy Space Center for testing, according to a press release. The company's Dream Chaser is under contract with NASA to launch six times to the ISS in the fall of 2021, carrying a total of 10,000 pounds of pressurized and unpressurized payloads inside its cargo module.

The contract follows Boeing and SpaceX's attempts to ferry astronauts to and from the ISS in the coming years.

SNC's spacecraft is extremely versatile: it will have the ability to dispose of its cargo upon re-entry into the Earth's atmosphere, offloading the space station's unwanted material. Thanks to a specialized self-inflating module attachment, Dream Chaser can even turn itself into an orbital satellite. Like the Space Shuttle, it'll land on a runway.

SNC has big plans in store for Dream Chaser. It wants the spacecraft to support other missions in low-Earth orbit and even as far as NASA's planned Lunar Gateway, an outpost in the Moon's orbit.

More on the ISS: Brands Keep Sending Their Pointless Swag to the Space Station